The Passion Of The Christ 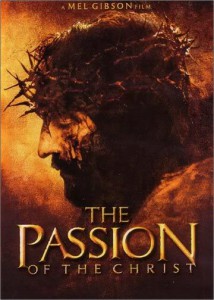 Despite the title, I assumed this drama about the last 12 hours of Jesus’s life would include something about his teachings, at least in flashback. But the Sermon on the Mount is reduced to two sound bites, and miracles and good works barely get a glance; director Mel Gibson stresses only cruelty and suffering, complete with slow motion and masochistic point-of-view shots. The charges of anti-Semitism and homophobia hurled at the movie seem too narrow; its general disgust for humanity is so unrelenting that the military-sounding drums at the end seem to be welcoming the apocalypse (rather like the mass slaughter following the Mexican rebel’s torture in The Wild Bunch). If I were a Christian, I’d be appalled to have this primitive and pornographic bloodbath presume to speak for me. With James Caviezel, Maia Morgenstern, Monica Bellucci, and Hristo Naumov Shopov; Benedict Fitzgerald (Wise Blood) collaborated with Gibson on the script. In Aramaic, Latin, and Hebrew with subtitles. R, 127 min. (JR) 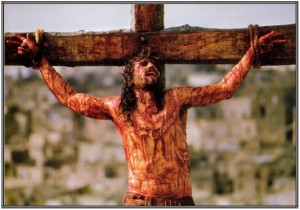