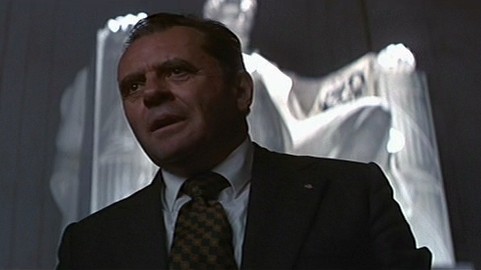 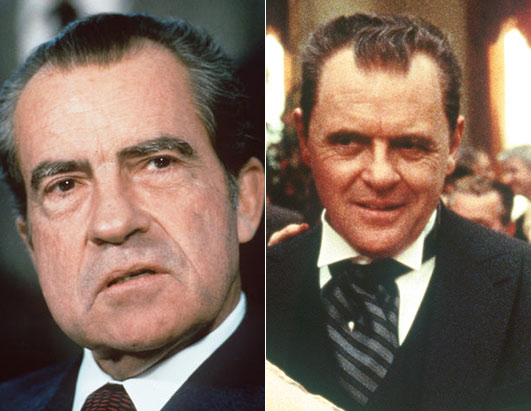 Did we really win the cold war? I know that capitalism prevailed on the economic front, but I’m less sure about the cultural front. I suspect a capitalist version of Stalinist culture has triumphed rather than any sort of democracy: Stalinist culture meaning calcified, state-supported art built around solemn, hulking father figures — something like Oliver Stone’s latest two-ton Christmas turkey, Nixon. If we recognize that Disney has effectively become the federal government, the rest of the scenario falls into place. Just as Stalin’s flunkies had to praise the official “masterpieces” of Stalinist art no matter how inert or uninventive they were, Nixon‘s producers (who’ve spent millions promoting the movie) have guaranteed that media savants are already describing Stone’s Nixon as a figure of Shakespearean proportions rather than the poorly cast, two-dimensional numskull decked out with a few grade-Z horror-movie traits that he is.

Toddlers have been treated a lot more like adults by the movies this year than grown-ups have.… Read more »

At War with Cultural Violence: The Critical Reception of SMALL SOLDIERS

Chapter Four of my book Movie Wars. It was originally written for Another Kind of Independence: Joe Dante and the Roger Corman Class of 1970, a critical collection coedited with Bill Krohn for the Locarno International Film Festival in 1999, which came out in French and Italian editions. -- J.R.

During the spring of 1998, not long before the American release of Small Soldiers, I happened upon “The Toys of Peace,” a wise and wicked tale by Saki included in A. S. Byatt’s recent collection, The Oxford Book of English Short Stories. Set in 1914, it recounts the noble and doomed efforts of the hero to interest his two nephews, aged nine and ten, in “peace toys”: models of a municipal dustbin and the Manchester branch of the YWCA, lead ﬁgurines of John Stuart Mill, Robert Raikes (the founder of Sunday schools), a sanitary inspector, and a district councillor. Forty minutes later, he looks in on the boys and ﬁnds that they’ve converted these objects into war toys: the municipal dustbin punctured with holes to accommodate the muzzles of imaginary cannons, Mill dipped in red ink to approximate an eighteenth‐century French colonel, with a grisly game plan mapped out to yield a maximum amount of bloodshed, including the remainder of the red ink splashed against the side of the YWCA building.