This is a story, never before published, written during my teens — most likely in  early 1960, when I was a junior at a boarding school on a farm in Vermont, age 17. I’ve done some light editing. The illustrations, which I realize are not always consistent with one another or precisely congruent with the story, are all gleaned from the Internet.

This story is the second in a series of three to be posted, all fantasies and all written when I was in high school. (The other two stories can be accessed here and here.)  I feel today that they were written by someone else, but it’s clear that all three of them are interconnected, including in certain ways that I might not have been fully aware of at the time. I like them in spite of their obvious flaws, and hope that visitors to this site will at least find them intriguing. — J.R.

/Hey Jim you got that fire going yet? Good…kick that log in; that’ll help it,,,nothing like a good campfire once it’s really going, Say Joe are the Barneses here yet? Well -– we can start without them I guess –-

I guess you’re all wondering why I called you all together here tonight.… Read more »

Global Discoveries on DVD: Extras and Streaming, Now, Then, & There 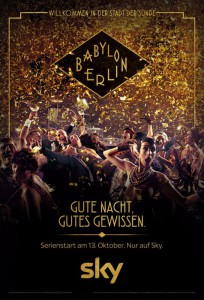 Readers of Movie Mutations, the 2003 collection I co-edited with Adrian Martin, will know that the Jungian notion of global synchronicity has long been a preoccupation of mine. One striking recent manifestation of this phenomenon came to light when I read, around the same time, Mark Peranson’s editor’s note about Documentary Now! in the last issue of this magazine, and a ramble from David Thomson about binge-watching TV in the April Sight & Sound, both of which compelled me to finally take out a trial subscription to Netflix and spend the better part of a weekend binge-watching Series One and Two of Babylon Berlin (12 hours) and the even more absorbing Russian Doll(four hours) via streaming — just before receiving a four-disc PAL DVD box set of the former from Acorn Media International on Monday. All of which suggests that Mark, D.T., Acorn, and I have mysteriously been on roughly the same market wavelengths regardless of our illusions of free choice. 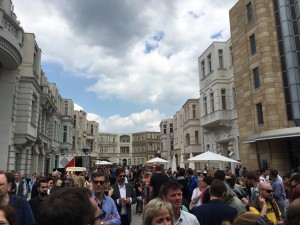 There’s a real danger that streaming may eventually make the name of this column anachronistic, so for the time being please allow me to include that viewing option, as I’ve already done with Blu-rays.… Read more »