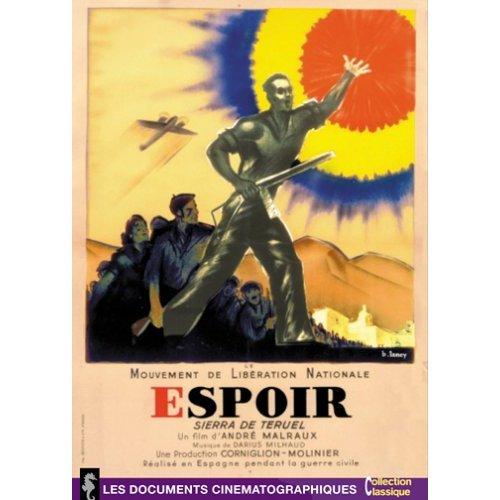 It’s a pity that André Malraux’s only film, a pre-neorealist feature about the struggle of his own Republican squadron in the International Brigade during the Spanish Civil War, with a stirring original Darius Milhaud score — started in Barcelona in July 1938 (a few months after publishing his novel of the same title in France), suspended in January 1939 after the Franco Nationalists seized Barcelona, completed in the French Joinville studios just ahead of the German occupation, and finally released only after the Liberation, in 1945 — is virtually unknown today in the English-speaking world, even though a DVD of the restoration with English subtitles is available in France. James Agee compared its poetry to that of Homer, but it seems to have become a forgotten film in the U.S. since then.

I showed a couple of clips from the film in my World Cinema of the 1930s course last night, as a kind of irreverent and dialectical contrast to Howard Hawks’ dark and beautiful Only Angels Have Wings, shot almost simultaneously in Hollywood. Much as I love the Hawks film, which I would describe as profound hokum, I don’t think its ideological and colonialist trappings should be entirely ignored. The fact that the mail-carrying American pilots working in an imaginary South American banana-boat port carry guns is never explained, but it should be at least pondered. 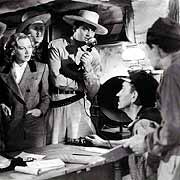 This detail figures in the plot only at a semicomical climatic juncture when Bonnie (Jean Arthur) snatches the gun of Jeff (Cary Grant) from its holster in an effort to keep him from flying off and risking his life in impossible weather; she quickly abandons the effort, but then the gun accidentally goes off and lodges a bullet in Jeff’s shoulder — which still doesn’t prevent him from flying off with another wounded pilot at the movie’s end. It’s also worth noting that Jeff — a hero who runs the small airlines like a benign dictator, at the same time that several less-benign dictators (Mussolini, Hitler, Salazar, Franco) were on the ascendancy in Europe — has never bothered to learn Spanish, a language that Bonnie compares to Pig Latin in the opening sequence, and presumably the gun he carries is supposed to protect him from the quaint locals whose mail he is determined to deliver. 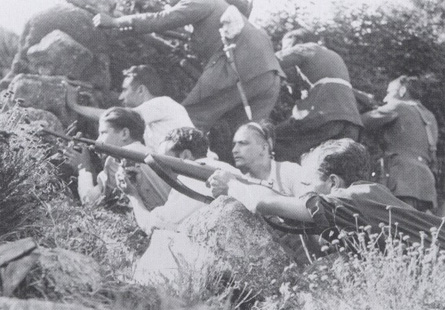 Malraux’s masterpiece, which reveals another kind of collective solidarity and also specializes in horrific plane crashes, is no less striking in the poetic ways it handles death, especially in the way in which irrelevant objects suddenly take over the foreground of shots at moments when death is either present or imminent. (I’m thinking in particular of an enormous beaker dripping water in a storage room, or the sunflowers evoking Dovzhenko that take over the frame when a partisan is suddenly shot.) [11/27/08] 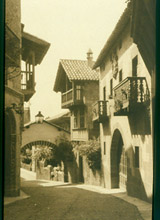