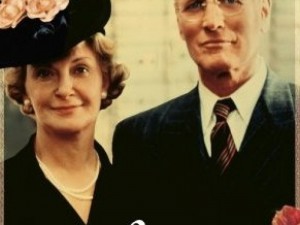 I’m not much of a James Ivory fan, but this 1990 adaptation of Evan S. Connell’s novels Mrs. Bridge (1959) and Mr. Bridge (1969) deserves to be seen and cherished for at least a couple of reasons: first for Joanne Woodward’s exquisitely multilayered and nuanced performance as India Bridge, a frustrated, well-to-do WASP Kansas City housewife and mother during the 30s and 40s; and second for screenwriter Ruth Prawer Jhabvala’s retention of much of the episodic, short-chapter form of the books. It’s true that she and Ivory have toned down many of the darker aspects, but as critic Georgia Brown has suggested, Woodward’s humanization of her character actually improves on the original. Connell’s imagination and compassion regarding this character have their limits, and Woodward triumphantly exceeds them. There are other fine performances as well from Paul Newman (as uptight Mr. Bridge), Blythe Danner (as India’s troubled best friend), Simon Callow, and Austin Pendleton. If the Bridges’ three children are realized less acutely than their parents, the period portraiture nonetheless shows a great deal of taste and intelligence. With Kyra Sedgwick and Robert Sean Leonard. (JR) 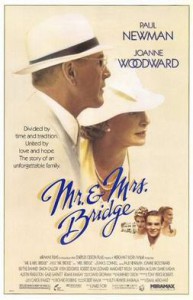