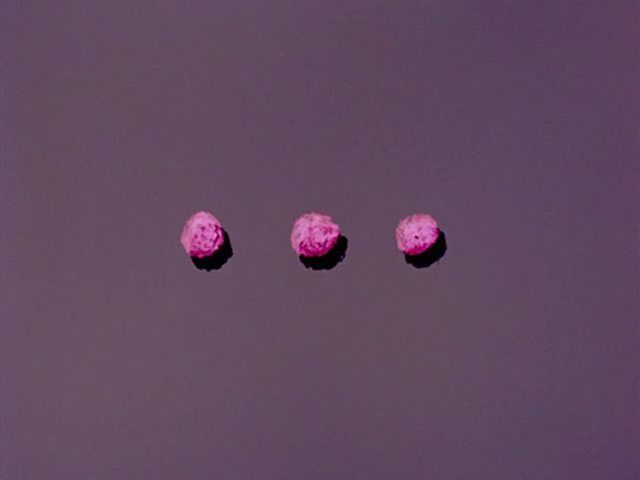 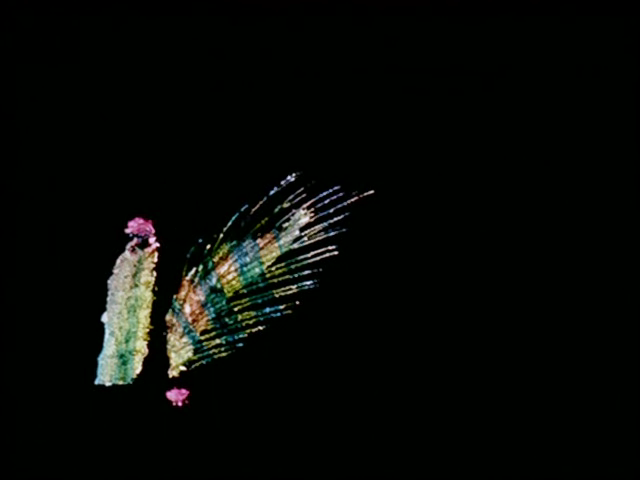 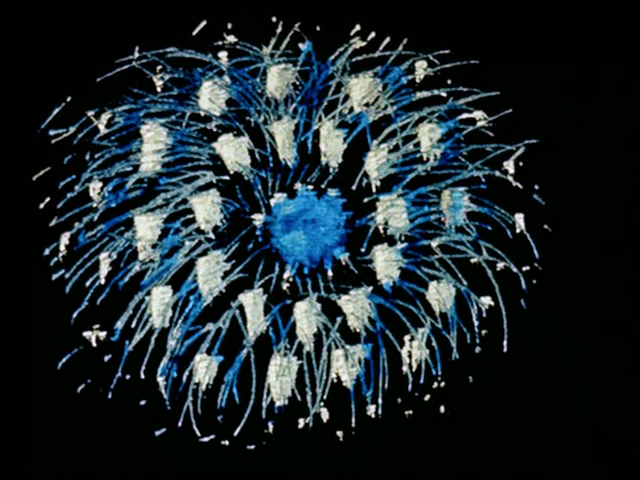 A characteristically bright, giggly and pithy animated short in

the McLaren manner, Short and Suite would probably be better still

if it had more inspired music to work with. Begone Dull Care (1948-

49), thanks to the ebullience and effervescence of Oscar Peterson’s

piano, was closer to a duel than a gloss on a ‘text’; this more modest

foray into synchronized, syncopated doodling plays with and against

a less improvised, less distinctive form of jazz, which is certainly

enhanced and highlighted by the visuals, but is not exactly transcended

by them. Beginning with pink and blue splotches to illustrate the bass

notes, and then clean white lines to match those played by the piano,

the design resolves itself into shifting parallel lines as the clarinet

comes in. Sometimes the lines wiggle or pulsate in strict

accordance with the music (one line reflecting the melody, the

other the rhythm), sometimes they curl into other shapes that

suggest the equivalent of a separate melodic line.… Read more »

After Dark, My Sweet

Although there are times when one feels that the filmmakers have bitten off a little more than they can chew, this is a bold, watchable adaptation (by director James Foley and coproducer Robert Redlin) of a noirish thriller by Jim Thompson that comes surprisingly close to capturing the grisly, hard-boiled, and unstable world of that author — thanks in part to a sharp feeling for sensual detail that includes everything from wet, squishy kisses to a scummy unused swimming pool. (Cinematographer Mark Plummer works wonders with light and scenery in striking ‘Scope compositions.) Jason Patric, calling to mind a slightly heavier James Dean at a low flame, stars as a former boxer who has escaped from an insane asylum; whether he’s actually nuts or merely on the edge is one of the central ambiguities that keep the plot moving, and the fact that he narrates the story off-screen in classic noir fashion only complicates one’s uncertainty. He falls in with a salty, alcoholic English widow (Rachel Ward) and a small-time con man and ex-cop (Bruce Dern) in southern California who are plotting to kidnap a little boy from a wealthy family, and paranoia and other complications start to unravel the trio’s uneasy rapport.… Read more » 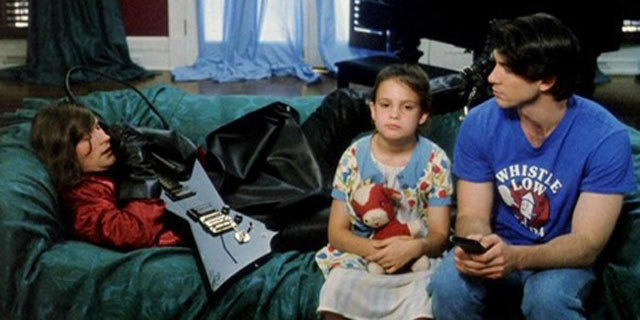 Directed and written by Michael Almereyda 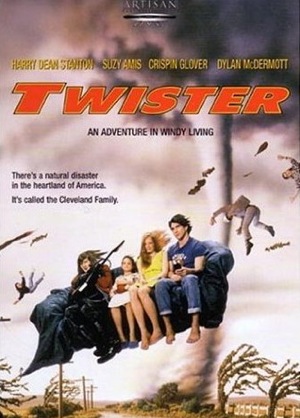 “Happy families are all alike; every unhappy family is unhappy in its own way.” The second part of the opening sentence of Tolstoy’s Anna Karenina applies pretty well to the eccentric Kansas family in Michael Almereyda’s oddball comedy Twister, but in a way that’s only half the story. Not only is the family as a whole unhappy in its own particular way, most of its members are out of whack with themselves, each other, and everybody else too.

The father is Eugene Cleveland (Harry Dean Stanton), a distracted, long-divorced retired multimillionaire who made his fortune in soda pop and miniature-golf courses. His main distraction is courting Virginia (Lois Chiles), the born-again hostess of “Wonderbox,” a local Sunday-morning TV kiddie show that teaches toddlers about “the weather, animals, and God.” Maureen, or Mo (Suzy Amis), his 24-year-old chain-smoking alcoholic daughter, is a crabby recluse who hasn’t quite grown up or broken away from home; she occasionally camps out in the backyard of the family mansion, which borders a golf course.… Read more »