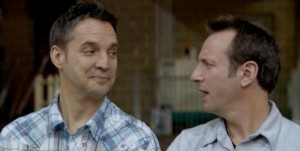 ** MY LIFE’S IN TURNAROUND

Directed and written by Eric Schaeffer and Donal Lardner Ward 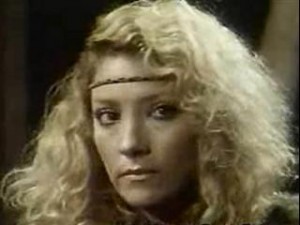 As a member of the New York film festival’s selection committee, I’ve seen or sampled close to 150 films (shorts and features) this summer that haven’t yet opened in the United States, about a quarter of them American. And I’ve come to a few rough conclusions about the differences between new American movies and those recently made elsewhere, and had a few thoughts about trends in American studio and independent pictures. All of them are fairly depressing.

One major difference between foreign and American fiction features stands out: those made in other countries tend to be about how people live today, and those made here tend to be anything but. The few American movies that spring to mind as exceptions are already being regarded within the business as uncommercial — difficult, marginal works earmarked for “special” audiences.

This state of affairs is partly the result of new definitions of “universality” developed by the studios over the past several years, which generally suppose that the ideal movie viewer has the taste and sensibility of a ten-year-old boy: think of the well-received Speed, Forrest Gump, and True Lies, for instance, none of which betrays a view of the adult world any more developed than those in The Lion King and The Mask.… Read more »