From Film Comment (January-February 1975). This was a good eight years before I became a colleague of Chuck Wolfe at the Film Studies program University of California, Santa Barbara, where I found myself trapped in a dead-end job for four years before my 20-year stint at the Chicago Reader. — J.R. 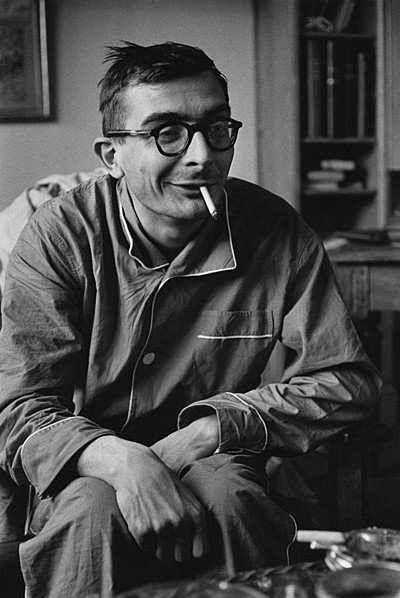 Contrary to Jonathan Rosenbaum’s introduction to his interview with Jacques Rivette (Film Comment, Sept.-Oct.1974), the first major Cahiers critic to embark on a feature film was Claude Chabrol, not Rivette. Chabrol shot LE BEAU SERGE between December 1957 and February 1958, finished editing in May, and presented the film at the Locarno festival that year. Rivette began work on PARIS NOUS APPARTIENT in the summer of 1958 while Chabrol filmed his second feature, LES COUSINS. This information is confirmed in Claire Clouzot’s Le Cinéma Français depuis la nouvelle vague and Guy Braucourt’s Cinéma d’aujourd hui volume on Chabrol. 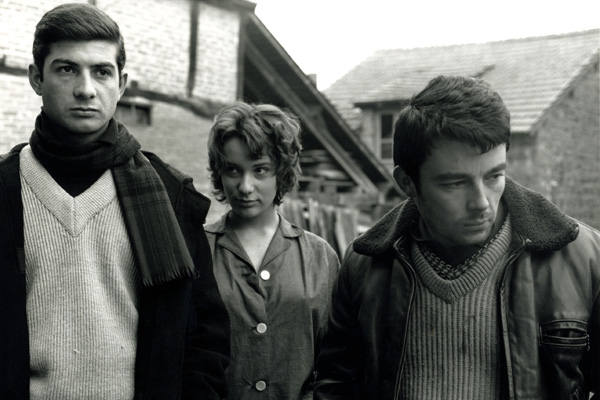 All this may seem trivial, but it reflects a general misunderstanding of Chabrol’s crucial role n the transition of the Cahiers critics from writers to filmmakers. Chabrol first realized what he and his colleagues had been asserting in print: a feature film could be made for very little money. He also made more tangible contributions, raising money for Rivette’s first short (LE COUP DE BERGER, 1956), Eric Rohmer’s first 35mm short (VÉRONIQUE ET SON CANCRE, 1958) and first feature (LE SIGNE DU LION, 1959), and Philippe de Broca’s first feature (LES JEUX DE L’AMOUR, 1959). Chabrol also helped finance Rivette’s PARIS NOUS APPARTIENT (1958-60) and when that project over-ran its budget gave Rivette the leftover film stock from LES COUSINS.

I appreciate Rosenbaum’s strategy in attempting to call attention to an important French filmmaker neglected by North American critics with their accustomed bias toward Truffaut, Godard, and Resnais (a bias born of that triumvirate’s rise to fame at Cannes in 1959). Indeed Rosenbaum could have pointed out the vital role LE COUP DE BERGER played as the first of a series of shorts by the Cahiers group between 1956-58, and made his point with equal force. As it stands, however, his commentary obscures the facts at the expense of a filmmaker whose contributions and achievements have received little serious attention in North America. Many of Chabrol’s films have yet to receive commercial release here, and those that have often suffer glib and misinformed criticism. Rosenbaum has done little, I might add, to dissuade glibness in his own comments on Chabrol in [his] “Paris Journal”. 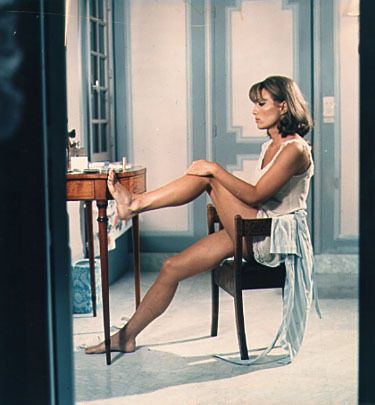 As far as dates are concerned, I stand corrected; my own hasty references – Roy Armes’ French Cinema Since 1946, the “June 1957”setting of PARIS NOUS APPARTIENT — may well have been less reliable than Mr. Wolfe’s. I apologize, too, for a certain unexplained flippancy about Chabrol expressed in some of my Paris Journals, which I’ll try to account for below.But if Mr. Wolfe will forgive me, I don’t think he’s exactly dissuading glibness himself when he assumes that Chabrol was a “major” (Wolfe) or “important” (Rosenbaum) Cahiers critic. This is a common assumption, but what supports it? Next to, say, Bazin, Godard, Rivette, Rohmer, Fieschi, Ollier, Bellour, or even Moullet, his work for that magazine strikes me as minor indeed –- unless one accepts his little polemic on “Little Themes” or “Évolution du film policier” as major pieces of criticism. [2011 afterthought: by implicitly designating the world’s first book-length critical study of Hitchcock, which Chabrol coauthored with Rohmer, hors concors, I was perhaps shooting some dirty pool here.]

The historical role of Chabrol in the New Wave is indisputable, and I’d be the last to deny that this phenomenon was made possible by economic as well as aesthetic factors. But what has Mr. Wolfe to say about the worth of Chabrol’s films, except to assume it? Admittedly, my less than kind remarks about DOCTEUR POPAUL and NADA are equally suspect; i.e., what had Ito say about their worth, except to deny it? Clearly discussion must begin on a higher plane if it is to proceed anywhere at all. My biases on the matter are as follows: 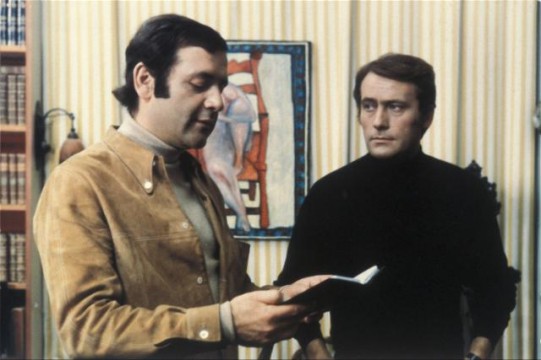 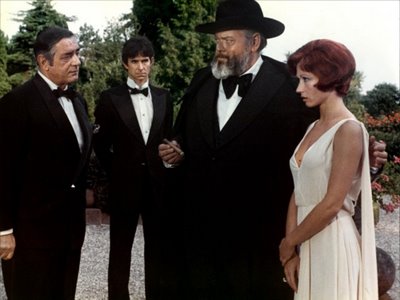 (1) If I haven’t written more often about Chabrol’s films, this isn’t because I haven’t been seeing them; I’m still catching up with LANDRU and LA ROUTE DE CORINTHE, but I have gotten to twenty-two of his (by my count) twenty-nine movies. I used to keep going in the hops of finding another work as powerful and/or as formally interesting as LES BONNES FEMMES; now the most that I look for is the rough equivalent of a James M. Cain novel –- and sometimes I don’t get that much, either….I reveled in the baroque excesses of LA RUPTURE, and was disconcerted only when I discovered that certain English and American critics were being very solemn and serious about them. I also like the way Chabrol uses Jean Yanne’s vulgarity, and his usual very efficient manner of telling a tale. I’m less sympathetic to the pomposity of TEN DAYS WONDER, with its conceit of turning Welles’ Arkadin into Zeus, Hitchcock’s Anthony Perkins into Christ and Marlene Jobert into Stéphane Audran while squashing all the minor virtues to be found in the Ellery Queen novel.

(2) Perhaps the best general case for or against recent Chabrol has been put by Robin Wood: “The savage derider of the bourgeoisie has become itselegiac poet.” Since I happen to find theFrench bourgeoisie loathsome, I’m not temperamentally suited to appreciate elegiac poems on the subject, although if I found Chabrol even half as interesting as Ozu, I’d probably change my mind. One certainly can’t call Chabrol uncritical of the bourgeoisie – JUSTE AVANT LA NUIT is subversive enough to make out a case for murder – but I think it’s fair to say that his sensibility is closer to that of M. Homais in Madame Bovary than it is to Flaubert.

(3)Certainly, all of Chabrol’s films should be distributed in North America; to my mind, even the worst of his movies is better than the best of most of the other Claudes (Berri, Lelouch, Sautet, etc.) But to suggest that any of the recent ones are within hailing distance of the last films of Bresson and Rivette – which are unavailable in North America, whole NADA is not – is too reactionary a position for me to consider.I regard the former (LANCELOT DU LAC, OUT 1: SPECTRE, CÉLINE ET JULIE VONT EN BATEAU) as landmarks in the history of cinema; if Mr. Wolfe thinks the same case could be made for DOCTEUR POPAUL or NADA or even BLOOD WEDDING, I’d like to hear his reasons. 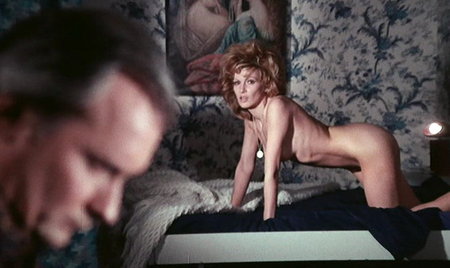