High Infidelity [OTHER VOICES, OTHER ROOMS]

This review of Other Voices, Other Rooms appeared in the February 13, 1998 issue of the Chicago Reader. I’m not positive that the second image I’ve used to represent Sokurov’s Oriental Elegy actually comes from that video and not from another Sokurov work, but it evokes my memory of that video so well that I hope I can be granted poetic license for this. — J.R. 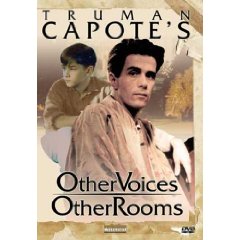 Other Voices, Other Rooms

Written by Sara Flanigan and Rocksavage 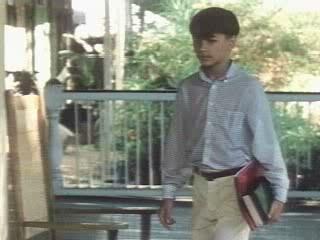 I cannot tell a lie: my first exposure to two great tragic novels, Nathanael West’s Miss Lonelyhearts (1933) and William Faulkner’s The Sound and the Fury (1929), was the dreadful Hollywood adaptations released during my teens, both of which had happy endings. As silly as these movies were — Vincent J. Donehue’s Lonelyhearts (1958) and Martin Ritt’s The Sound and the Fury (1959) — they piqued my interest in the original novels, and I discovered, among many other things, the blatant inadequacy of the movie versions.

The same thing could happen to a teenager attending the dreadful film adaptation of Truman Capote’s first published novel, Other Voices, Other Rooms (1948) — not a novel of the same caliber as West’s and Faulkner’s, though still a work of real distinction, from his best period — but the odds are slim. For one thing, David Rocksavage’s 1994 movie (playing this week at Facets Multimedia Center) isn’t a Hollywood adaptation, with a tradition of glamour exemplified by egregious adaptations such as the recent Great Expectations or The Wings of the Dove — the only sort of “literary” movie contemporary teenagers are likely to see.  Other Voices, Other Rooms belongs to the tradition of the low-budget, independent art-movie adaptations such as The Music of Chance and Mother Night (to cite two relatively respectable examples), which typically offer pious earnestness in place of glamour. But I dare say even adventurous teenagers who decide to defy fashion and go to Facets could learn much more about Capote’s achievement by seeing Alexander Sokurov’s exquisite 45-minute video Oriental Elegy (also playing at Facets this weekend), a virtually plotless reverie about returning to a misty village on a remote Japanese island; most of it is in black and white, with a visual texture so dense you can taste it and a romantic sense of ruins and longing fixated on the past. 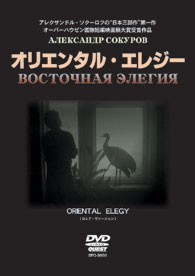 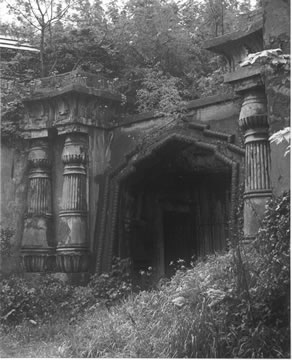 This is appropriate, because Capote’s strength in Other Voices, Other Rooms is above all stylistic and atmospheric — a capacity to evoke a fever dream in exploring a fanciful and allegorical version of his own past. A third-person southern gothic narrative about a 13-year-old boy, Joel, sent from New Orleans after the death of his mother to a crumbling, isolated plantation house to live with his father, whom he’s never met, the novel was described by Capote as “a poetic explosion in highly suppressed emotion.” Its full autobiographical significance dawned on him only after he was more than twice as old as he was when he wrote it. A dark and highly ambivalent account of Capote’s turn toward homosexuality, it was sufficiently cloaked in phantasmagoric trappings that it evoked only a fraction of the homophobic response that greeted Gore Vidal’s more overt The City and the Pillar around the same time (one probable source of the lifelong feud between these writers). Yet it’s a politically incorrect treatment of homosexuality by contemporary standards and could hardly be adapted faithfully today without ruffling some feathers. Needless to say, the filmmakers haven’t even attempted to honor this aspect of the book, and the pivotal ending gets reversed as a consequence. 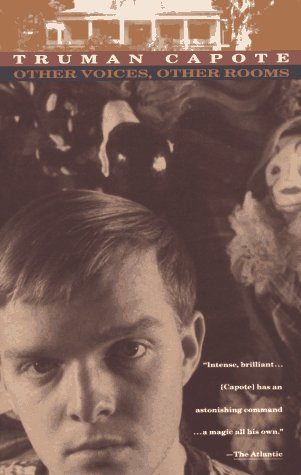 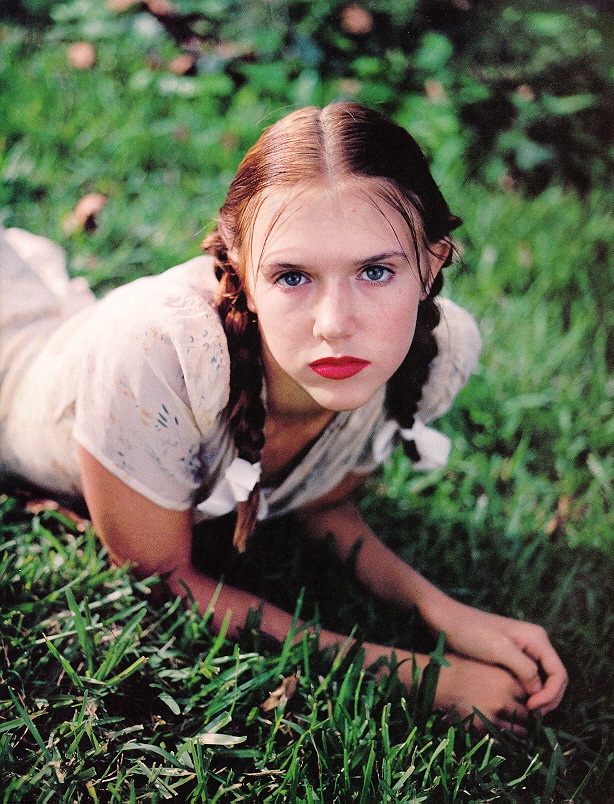 I bring all this up in order to stress that fidelity to a literary source is important only when the movie has no higher or at least equally interesting agenda. Kubrick’s Lolita isn’t the novel, but it does use Nabokov to create some worthy configurations of its own; and as a corrective to Kubrick, the highly uneven remake still has a certain legitimacy. Likewise, if ignoring the style and atmosphere of Capote’s novel, altering its ambivalent attitude toward homosexuality, and reversing the meaning of its ending had permitted a new story of genuine value to take shape, then Rocksavage (formerly a director of documentaries for British TV) and his cowriter (Sara Flanigan) had every right to play havoc with the original. But this movie offers itself as an act of piety toward the novel and the meaning it supposedly had for Capote, and as such it fails abysmally.

Reading George Plimpton’s Truman Capote and Deborah Solomon’s recent biography of Joseph Cornell over the Christmas holidays, I was fascinated to discover the parallels and differences in the lives of these two artists. (The most striking parallel is that late in his life Capote began producing Cornell-like boxes with fetishistic emblems from his own childhood.) Both men were doomed by their troubled family backgrounds — neglect in Capote’s case, suffocating involvement and duty in Cornell’s. Yet Capote’s life during his final decades got steadily worse, while Cornell’s in many respects got steadily better, especially after his mother and invalid brother died. One apparent reason for this difference is that Cornell was able to sustain most of whatever peace of mind he had through his work, while Capote, to all appearances, never found the work enough; the career, social life, and public status that came with it counted for more. Loneliness and alienation are fundamental to the work of both artists — a fact that may seem less obvious if one considers only the more crowded and populated aspects of their work — and in Other Voices, Other Rooms the sense of isolation is conveyed more starkly and painfully than it is in any of Capote’s subsequent works. 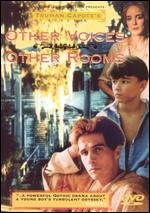 One of the many fatal errors of the movie version is to assume the book’s autobiographical significance from the beginning by having the story narrated offscreen in first person by an actor (Bob Kingdom) imitating Capote’s pip-squeak, Elmer Fudd adult voice. This means that the author is no longer the intuitive young writer who wrote the book, but the sadder and wiser middle-aged queen who re-evaluated it.

Capote’s backward glance at the book — “A Voice From a Cloud” (1969), included in his collection The Dog Barks — contends that Other Voices, Other Rooms was “an attempt to exorcise demons: an unconscious, altogether intuitive attempt, for I was not aware, except for a few incidents and descriptions, of its being in any serious degree autobiographical. Rereading it now, I find such self-deception unpardonable.” Eager to grant pardon, the movie adaptation aims at ersatz “conscious” autobiography — a different thing entirely, and all the more dubious when it implicitly cancels out the impulses that made the original book possible. As Capote’s best biographer, Gerald Clarke, has pointed out, “In its lack of realism and its reliance on symbolism, Other Voices is less a novel than a romance. A novel is, or should be, inhabited by realistic characters with a past and a future, as well as a present; a romance, by contrast, contains unrealistic, stylized figures who stand as psychological archetypes. ‘That is why the romance so often radiates a glow of subjective intensity that the novel lacks,’ explains the critic Northrop Frye, ‘and why a suggestion of allegory is constantly creeping in around the fringes.'” (Elsewhere in “A Voice From a Cloud,” Capote plausibly speculates that Poe exerted a strong influence on the novel.)

A glow of subjective intensity and a creeping suggestion of allegory are beautifully and triumphantly apparent in every frame of Sokurov’s Oriental Elegy, a visionary video that offers by sheer chance plenty of atmospheric moments that closely resemble the weblike textures of Capote’s style. Here’s a characteristic description by Capote in Other Voices, Other Rooms of the Cloud Hotel, the ruins of a former resort hidden in a swamp and inhabited by a black hermit named Little Sunshine: “Swan stairs soft with mildewed carpet curved upward from the hotel’s lobby; the diabolic tongue of a cuckoo bird, protruding out of a wall-clock, mutely proclaimed an hour forty years before, and on the room clerk’s splintery desk stood dehydrated specimens of potted palm.” By contrast, the decaying hotel in Rocksavage’s movie has no magic at all, because his own style aspires to realism — an aspiration doomed at the outset because the details of the novel have little to do with realism. That’s why Joel’s literal as well as allegorical search for his father at the plantation house takes an eternity in the novel; it’s resolved much sooner in the movie, which satisfies commonsensical narrative expectations at the cost of much of the psychological and emotional significance of that search. Paradoxically, probably the most realistic patch of narrative in the novel — the flashbacks explaining how the father became a paralytic who can barely speak, a story involving Joel’s stepmother, her  cousin Randolph, and a Mexican boxer with whom Randolph became infatuated — is the only block of material the filmmakers chose to treat nonrealistically, in a kitschy camp manner that vaguely suggests Raul Ruiz without any wit or irony. (I’m not counting the unreality of the muddled southern accents and stilted performances, including Anna Thomson’s dim memories of Vivien Leigh’s Blanche Dubois.)

Literally reversing Capote’s stylistic priorities, the filmmakers can only come up with a 90s equivalent to a standard Hollywood absurdity like Hemingway’s Adventures of a Young Man, minus most of the glitz — not even “a fairy Huckleberry Finn,” which is what George Davis, one of Capote’s mentors, called Other Voices, Other Rooms. It would seem that for the filmmakers the novel’s only worth is in its foreshadowing of the great writer that the boy and the young novelist later became. But the gifted Capote who wrote the book — the only one who can bring it meaning — is nowhere in sight. 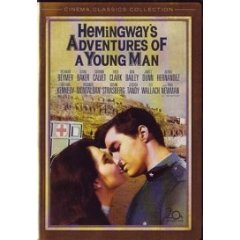 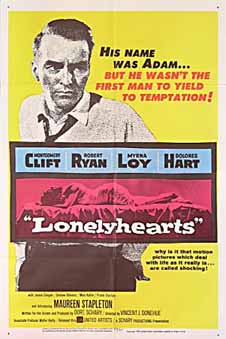 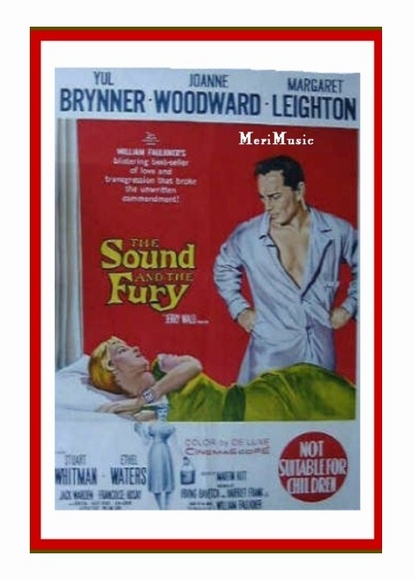