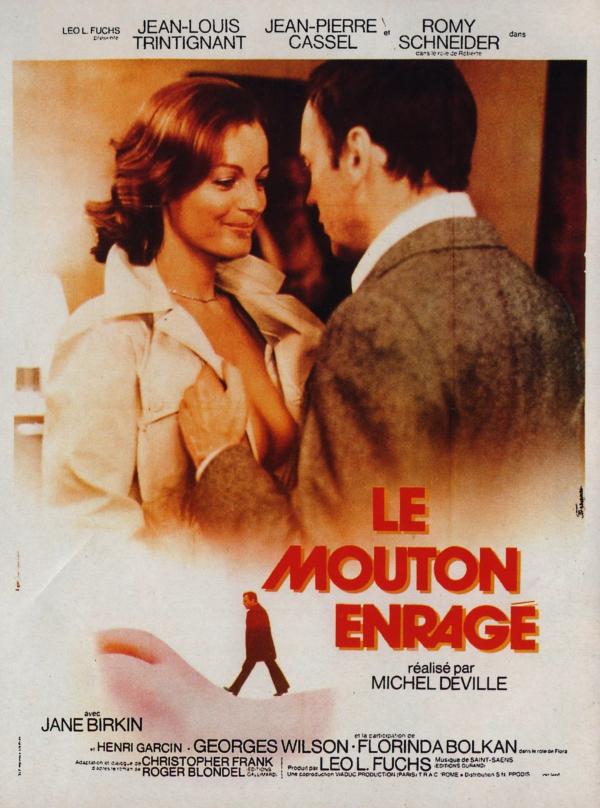 Le Mouton Enragé. Before the credits of Le Mouton Enragé come on, we see Jean-Louis Trintignant as Nicolas, an unassuming bank clerk who is so sheepish that he accepts a sandwich he hasn’t ordered in a café and winds up paying for a seat in a park where he doesn’t want to sit. Then he sees a pretty girl (Jane Birkin) standing alone by the Seine. A flush of courage overtakes him, he places a hand on her arm and says, “The person you’re waiting for doesn’t exist.” “Probably not,” she agrees, and  voilà! The lamb is already on his way to becoming a lion. Carefully advised and tutured by his best friend (Jean-Pierre Cassel), Nicolas proceeds to make his way in the world; before the final reel, he has already become the editor of a jazzy tabloid and has bedded practically every attractive woman in the cast, including Birkin, Romy Schneider, Florinda Bolkan, and Estella Blain. The director of this graceful, inconsequential lark is Michel Deville, something of a specialist in neoclassy, softcore wish fulfillment — particularly harem fantasies where the ladies keep begging for more. (His Benjamin, a fleshy 18th century romp of a few years back, is a prime example.) Elegantly dressing and undressing his actresses, getting a confident performance out of Trintignant — who seems to figure in half the movies made in France nowadays – and accompanying the action with generous selections from the 19th century composer Saint-Saëns, he keeps things moving along at a brisk and bubbly pace. — J.R. 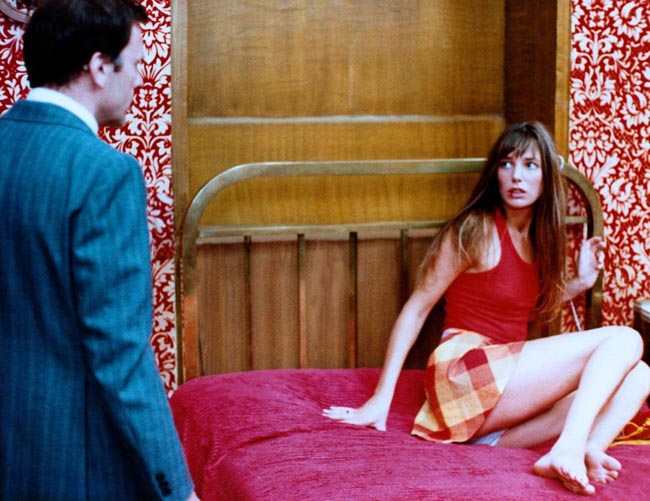