Thanks largely to the influence of auteur criticism, most of our aesthetically oriented writing about film since the 60s has been concerned with style. But one could argue that such an emphasis has tended to divert attention from what might be considered even more important — namely, form and content. “Whatever its sophistication,” Roland Barthes wrote in Writing Degree Zero, “style always has something crude about it: it is a form with no clear destination, the product of a thrust, not an intention. . . . Its frame of reference is biological or biographical, not historical . . . it rises up from the writer’s myth-laden depths and unfolds beyond his area of control.”

Perhaps only in an area like Hollywood moviemaking, where the artist seldom has final control over either the form or the content, can style be raised to the level of an ultimate principle. Yet because Hollywood continues to dominate our screens as well as the ways that we think about movies in general, the notion of style is also routinely applied to Bresson, Godard, Kubrick, and Tarkovsky, when surely form and content, not style, is what their best films are about. Only when relatively free artists are reduced to being mannerists –such as Woody Allen or Fellini in recent years, or Kubrick in A Clockwork Orange – does style become central to their work, so much so that one is hard pressed to think about anything else.

In the case of documentaries, our thinking tends to be less warped and biased, if only because the auteurist sensibility has never been too comfortable outside of fiction. There isn’t much value in concentrating on the style of a film like Shoah when the form and content are so overpowering that they make style practically superfluous. In fact, one of the reasons why documentaries may presently be more open to innovations and new ways of thinking than fiction films is that we’re still relatively unspoiled and innocent about them, hence more prone to confront fundamental questions when we’re watching them. 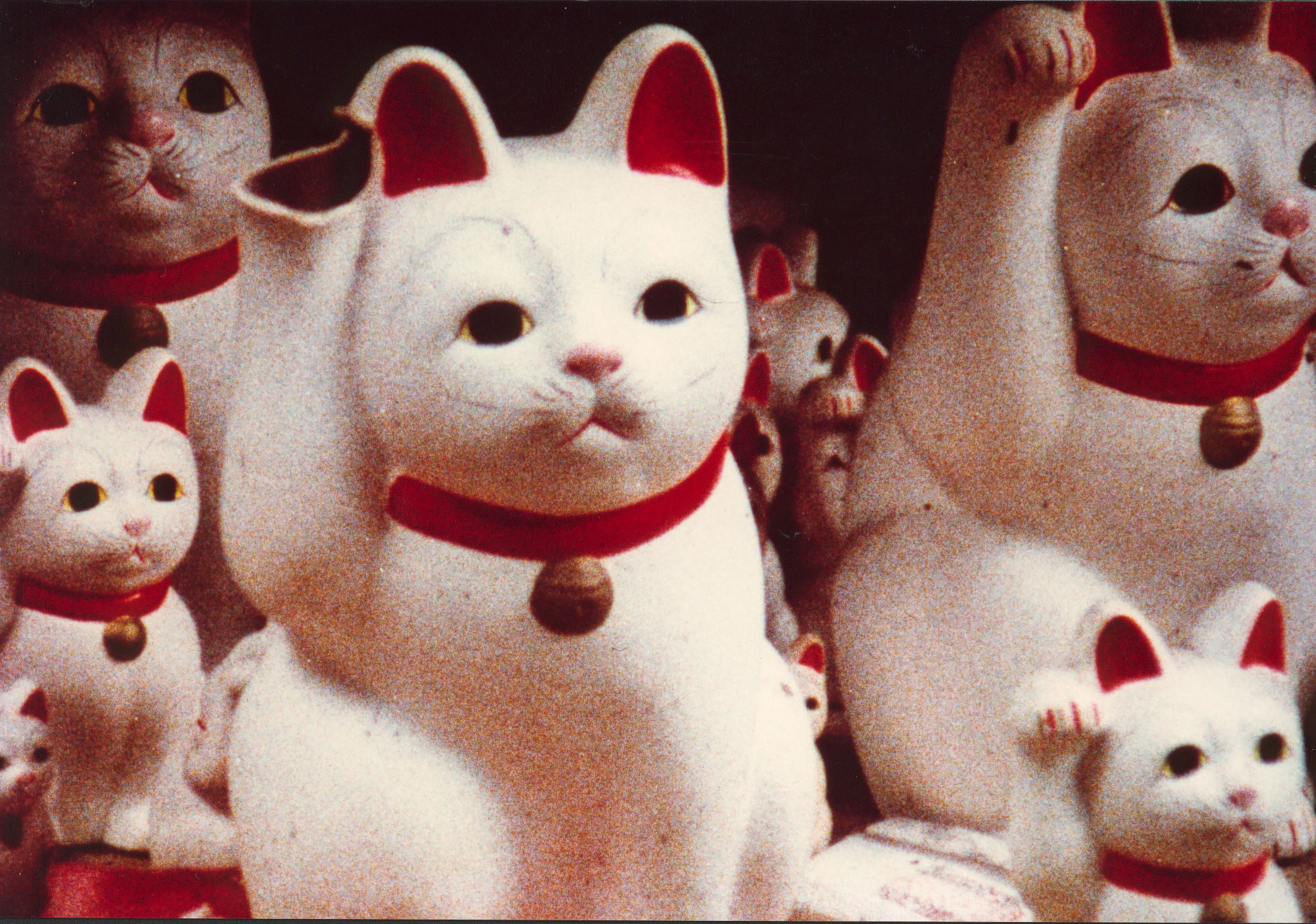 This is one of the cheering subtexts of “Stranger Than Fiction,” an exciting and varied series of unorthodox nonfiction films that starts this weekend at the Film Center and will be running through next month. There are several startling finds to look forward to in the weeks ahead, some of which I’ll be discussing in the future, but for the moment I can unconditionally recommend the first two features in the program. The second of these, Chris Marker’s Sans soleil (1982), was reviewed in these pages a few years ago, and for those who still haven’t caught up with it, it offers one of the most compelling and beautiful as well as personal looks at the contemporary world available on film.

While the originality of Sans soleil is equally a matter of form and of content, the importance of Radium City, which opens the series, mainly has to do with its subject matter. Yet the story is so engrossing and mind-boggling that it winds up affecting the form of the film as well. The film follows a fairly conventional documentary format, but its material is shaped so well to the filmmaker’s purposes that it revitalizes the possibilities of the form — the film is personal in a way that few conventional documentaries are.

About 80 miles southwest of Chicago is the small town of Ottawa, a radioactive community with the highest per capita rate of leukemia in the U.S. The story of how it came to be that way dates back to 1922, when a New York businessman named Joseph A. Kelly, who ran the Radium Chemical Company — a concern that produced radium paint and manufactured goods such as clocks and watches to which this paint was applied — built a factory near the center of town.

The factory was situated in the local high school–two blocks from the city park where the Lincoln-Douglas debates took place in 1858 — and over a hundred young women, most of them teenagers, were put to work in a single room for $17.50 a week (unusually high wages for that period and area), painting the faces of clocks and watches. To keep a fine point on their brushes, they were trained to lick them with the tips of their tongues. (Radium was commonly regarded as a miracle cure-all in the 20s, and widely distributed; even some Ouija boards were coated with it to “coax spirits.”)

Some of these women eventually became aware of the harmful effects of this work when they later had injuries that wouldn’t heal. An inordinate number of them died of bone cancer, and today, more than a half century later, if a Geiger counter is placed over their graves in the local cemetery, their remains still register as highly radioactive. But Kelly remained in business in Ottawa, in spite of the mounting evidence of deaths and birth defects. When public pressure finally forced him to close his factory, he opened another one a few blocks away with a different name, Luminous Processes; workers were told that, now that they didn’t have to put the brushes in their mouths, the work was completely safe. Of this second batch of workers 80 percent developed cancerous tumors. While overseeing factories in 140 other small towns in the U.S. from his New York headquarters in the Chrysler Building, Kelly also took steps to insure that his workers in Ottawa didn’t realize that the two successive radium companies in town were run by the same man.

This is only the beginning of the film’s nightmarish saga, which follows the troubled history of Ottawa right up to the present and is as much concerned with how and why things happened as it is with the events themselves. Interviewing one of the few surviving women who worked at the first factory, several relatives and friends of the women who died, and other local citizens ranging from the mayor to various concerned individuals, Carole Langer builds an in-depth portrait of the community that cuts across several interconnecting themes. Some of the topics explored include the lives and friendships of many of the women who worked together at the factory; the role played by Kelly — who met with Roosevelt and Einstein in 1943 — in the development of the atomic bomb; the establishment in 1948 of a $68 million atomic research facility near Lemont, about 50 miles from Ottawa, and the further exploitation of radium victims, who were later enlisted for experiments without compensation; the eventual closing of Luminous Processes by the state of Illinois roughly a decade ago, and the imposition of a modest fine ($30,000) on the company, which continues its Manhattan-based operations elsewhere under Joseph Kelly Jr.; and the frustrating and mainly unsuccessful efforts of local residents to rid Ottawa of its continuing radioactivity, blocked by various bureaucracies and business interests.

When Langer brought her film crew to Ottawa about three years ago, the Nuclear Regulatory Commission was busy decontaminating and demolishing the Luminous Processes building, with the intention of transporting the remains to low-level radiation dump sites in the state of Washington. Due to a shortage of funds, the refuse remained in the vicinity of Ottawa until an additional $2 million was allocated, after much local effort. But it has subsequently emerged that the refuse from the previously dismantled radium factory was spread all over town after the building was torn down in the 60s; some of it still lies under the high school’s football field, and even the local water supply is radioactive.

Although Langer keeps herself off-camera throughout Radium City, the force and strength of her personality are frequently felt. While it would diminish the range of her material to call this strictly a “woman’s film,” the fact that it was made by a woman informs many of its virtues — in particular, the sympathetic rapport that is established with the women who are interviewed, and the sense of the texture of their lives that is deftly interwoven into the film’s fabric.

Without forcing any overriding thesis on the audience, Langer approaches her wealth of facts with an overall thoughtfulness that helps us to think about her discoveries rather than simply gape at them. At one point, one of the women being interviewed alludes to a suggestion made by the filmmaker, who is herself a Catholic, that the largely Catholic composition of the community might partially account for the general acceptance by many of the radium victims of their fates — a Catholic deference to authority comprising only one of the many elements that made the Ottawa tragedy possible. The film is also resourceful enough to include excerpts from a silent movie, The Dawn of a Miracle, which expresses some of the earlier attitudes about radium.

Although Radium City clearly belongs to a tradition of investigative, muckraking journalism, the film exhibits none of the preachiness or self-righteousness that often accompanies such forays. Treating her audience and the people she interviews with an equal amount of respect, Langer marshals her intricate clusters of information with the kind of humane sanity recently shown by Jonathan Kozol in his report on “The Homeless and Their Children” in the New Yorker. In both cases, the intimidating face of impersonal bureaucracy — a complex of mismatched and collectively misconceived agencies whose combined muddleheadedness creates a blind terror of Dickensian proportions — is confronted not by metaphysical conceits, but by a calm yet committed lucidity and patience, devoted to sorting things out.

To speak of this achievement in terms of style is to demean its importance. What finally matters is what Langer has to say and the form of her expression — which finally amounts to the deeper understandings that her essay forms in each of us.