Two late autobiographical books by a writer I’ve always liked —- the first somewhat disappointing, perhaps because I came to it with the wrong expectations, the second a pleasurable surprise.

I guess what I was hoping to encounter in DARKNESS VISIBLE, Styron’s brief and somewhat sketchy account of his own excruciating bouts with depression in the 1980s, was some clarification or extension of what I found so powerful about his treatment of bipolar behavior in SOPHIE’S CHOICE (1979) -– specifically the depiction of Nathan, which seemed to derive from some deep personal understanding of this condition. But Styron points out early on that his own malady was “unipolar,” not the same thing at all. Still, I admire the scrupulous way he avoids leaping to too many conclusions about a condition that he’s still far from fully understanding.

The late essays collected in HAVANAS IN CAMELOT deal with such topics as a few amicable encounters with John F. Kennedy (the title essay), an apparent contraction of syphilis during his youth (as a fledgling Marine at a naval hospital in South Carolina), his friendships with fellow novelists (Truman Capote, James Baldwin, and Terry Southern), some late prostate trouble, and walks with his dog in his early 80s. What’s surprising as well as pleasurable about all of them is how genuinely and naturally cheerful they manage to be, in striking contrast to the hopeless gloom he is trying to describe and diagnose in DARKNESS VISIBLE. Something suggesting the wisdom that derives from both aging and suffering seems to emerge. [5/21/08] 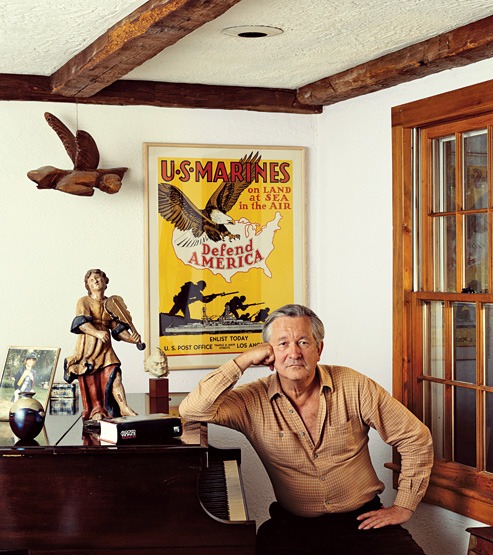