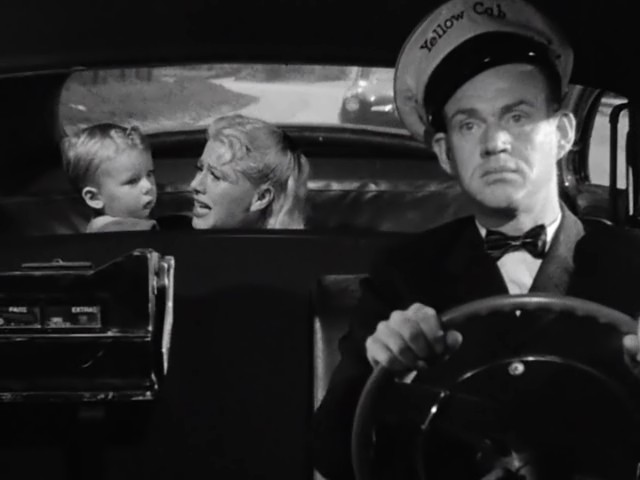 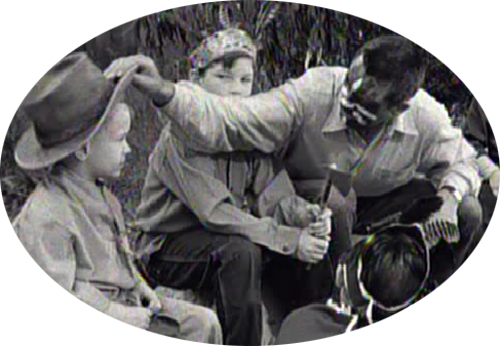 Although technically a fantasy, this characteristically
grim Howard Hawks comedy about the fear of aging
and the worship of youth is arguably one of his most
honest and realistic, therefore among the most frightening.
A chimpanzee in a chemistry lab manages to
create a youth potion accidentally ingested by the
middle-aged scientist-hero (Cary Grant), who regresses
first to his teens and then, after a second dose, to
his attitudes and behavior in grammar school, which
also happens eventually to his wife (Ginger Rogers)
and boss (Charles Coburn), thereby debunking a
good many myths about youth and happiness (such
as those involving carefree innocence) in the process.
Broadly speaking, this movie does for (and with)
ageism what Gentlemen Prefer Blondes, shot half a
year later (with some of the same cast members, including
Marilyn Monroe, Coburn, and George Winslow),
does for (and with) capitalism, albeit with less
celebratory cynicism and more visible despair. This
doesn’t mean, of course, that it isn’t funny; at least
four Hollywood pros (Ben Hecht, Charles Lederer,
I.A.L.… Read more » 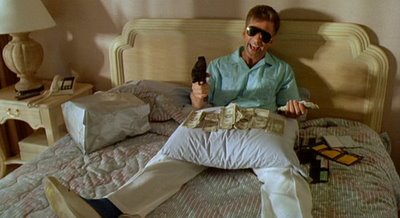 People like myself who often despair of finding a cop-and-crime movie that isn’t encrusted in cliches should take to this wonderful sleeper by writer-director George Armitage (Vigilante Force), based on a novel by Charles Willeford (Cockfighter) and coproduced by Jonathan Demme. A small-time thief and ex-con (Alec Baldwin) arrives in Miami, latches on to a local hooker (Jennifer Jason Leigh), and winds up stealing the gun and badge (along with the dentures) of police detective Hoke Moseley (Fred Ward) in order to pose as a cop while pulling off more thefts. Some of the characters and situations, such as the thief’s stylish chutzpah and his relationship to the hooker, recall Godard’s Breathless, but Armitage’s handling of the material is consistently fresh and pungent. The three lead actors all manage to be terrific without showing off — Leigh, in the course of an exquisite performance, does one of the best impersonations of a country southern accent I’ve ever heard — and the use of Miami locations is a consistent delight. The late Willeford wrote five Hoke Moseley novels (and managed to publish four), and this crisp, funny, grisly, and perfectly balanced adaptation makes me yearn for Armitage to film a few more of them.… Read more »

Everyone Says I Love You 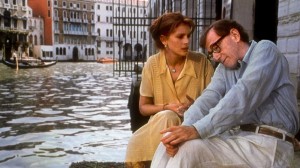 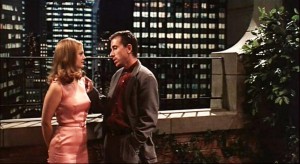 This creepy Woody Allen musical (1996) has got to be the best argument ever against becoming a millionaire. It unwittingly reveals so many dark facets of the filmmaker’s cloistered mind that one emerges from it as from a crypt, despite the undeniable poignance of some of the musical numbers (the best of which hark back to Guys and Dolls in displaying the vulnerability of the amateur performers). This isn’t only a matter of how Allen regards the poor, nonwhite, sick, elderly, and incarcerated segments of our society, how he feels about the ethics of privacy, or what he imagines his rich upper-east-side neighbors are like. In this characterless world of Manhattan-Venice-Paris, where love consists only of self-validation and political convictions of any kind are attributable to either hypocrisy or a brain condition, the me-first nihilism of Allen’s frightened worldview is finally given full exposure, and it’s a grisly thing to behold. With Goldie Hawn, Alan Alda, Drew Barrymore, Lukas Haas, Julia Roberts, Tim Roth, and Natalie Portman. R, 101 min. (JR) 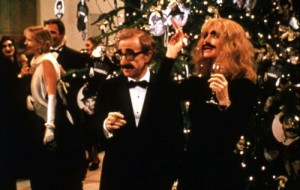