This article was commissioned by and published in the Canadian online magazine Synoptique in its 7th issue, devoted to Susan Sontag and edited by Colin Burnett (dated 14 February 2005, about six weeks after her death), and is also reprinted in my Goodbye Cinema, Hello Cinephilia.  — J.R.

I don’t think that Susan Sontag was a great film critic; to hear her tell it, she wasn’t really a critic at all. But it’s still hard to overestimate her importance as an American writer in relation to movies. The last of the great New York intellectuals associated with Partisan Review, she was the only one in that crowd who understood and appreciated film in a wholly cosmopolitan manner, as a part of art and culture and thought —- something that couldn’t be said of Hannah Arendt, Saul Bellow, Irving Howe, Alfred Kazin, Mary McCarthy, Philip Rahv, Harold Rosenberg, Edmund Wilson, or any of the editors at the New York Review of Books. Even if one considers the most sophisticated members or fellow travelers of that group who functioned as film critics —- James Agee, Manny Farber, Pauline Kael, Dwight Macdonald, Delmore Schwartz, Parker Tyler, Robert Warshow —- none of them could claim quite the same global, cultural, and historical reach that Sontag had.… Read more »

FOR THE LOVE OF MOVIES: THE STORY OF AMERICAN FILM CRITICISM 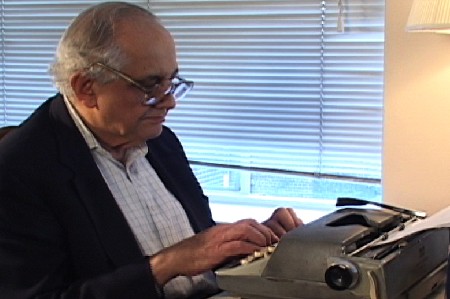 Full disclosure: Gerald Peary’s 80-minute documentary accords me two sound bites — one near the beginning (about Manny Farber), the other towards the end (about internet criticism) — and one lingering look at this web site (specifically, my 2005 essay about Susan Sontag).

Overall I’m fundamentally in agreement with David Bordwell’s verdict about this film on his own web site, after seeing it recently in Hong Kong: “In all, For the Love of Movies offers a concise, entertaining account of mass-market movie criticism, and I think a lot of universities would want to use it in film and journalism courses.”

I’m writing this in one-sentence paragraphs because that’s pretty much Gerry’s discursive style and manner here, largely carried by the narration (delivered by Patricia Clarkson), for better and for worse. So — to expand my own discursive style here into two sentences, one of them fairly long — in the two or three minutes devoted to Manny Farber, unless you’ve already read and digested a couple of his key articles, you might wind up concluding that “termite art” has something directly to do with “low-budget crime melodrama,”  even though snippets of Farber’s prose and a couple of lines from a late onstage interview are also included.… Read more »