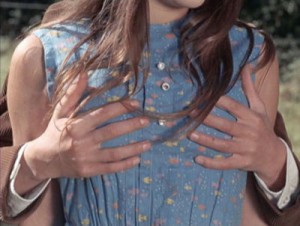 Southwest France, circa 1950. Daniel, a schoolboy living with his grandmother, recalls hitting a schoolmate gratuitously, and getting his first erection as a candle-bearer during Mass. Impressed by a sword-swallower in a circus who lies down on broken glass, he duplicates this feat with artifice and fake blood to impress his friends, but later is overcome by a local girl who forces him to the ground and sits on hirn. After he has passed his entrance exams, his mother arrives on a visit with her lover José, a Spanish labourer. Eventually he moves to the city to join his mother and José, but the former forbids him to attend school and has him work without pay as an apprentice to Henri, José‘s brother, at a bike repair shop. Spending much of his time looking at women, he goes to see Pandora and the Flying Dutchman at a local cinema where, imitating another boy in the audience, he kisses and caresses a girl seated in front of him, but then leaves the film before it is over.… Read more » 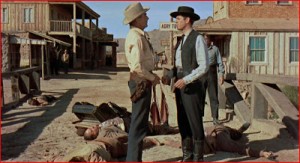 In some respects this is my favorite of Budd Boetticher’s Randolph Scott westerns (1958, 78 min.), though it’s usually considered a minor work next to Ride Lonesome and The Tall T. After becoming innocently involved in a revenge killing in a small border town, Scott is robbed of his money and ordered away at gunpoint; he decides to go back for his money without really understanding all the local intrigues. Boetticher’s acerbic humor, always his strong point, is given more edge than usual here through an intricate Charles Lang script. With Craig Stevens, Barry Kelley, and Tol Avery. (JR)… Read more »