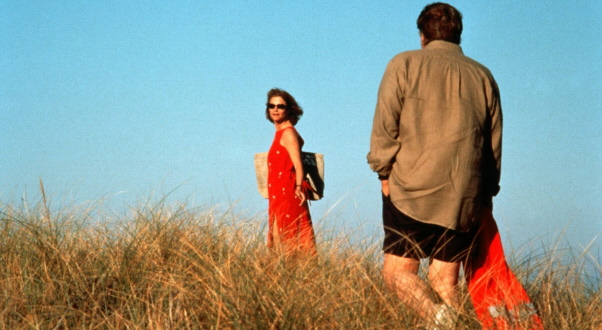 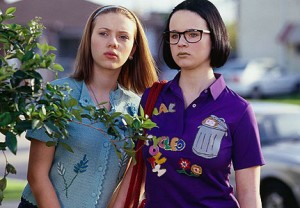 Written by Daniel Clowes and Zwigoff

Directed and written by Scott McGehee and David Siegel 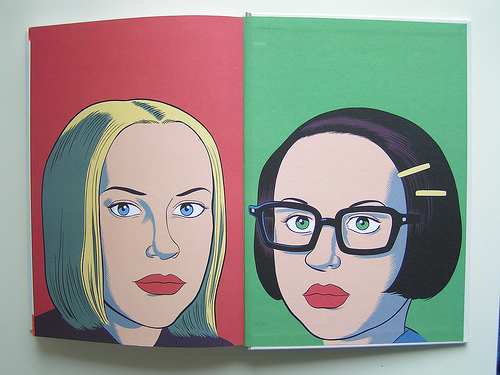 It’s often said that strong roles for women are rare nowadays, but three new movies – Under the Sand, Ghost World, and The Deep End — have the virtue of handing a juicy, sympathetic part to a talented actress and letting her run with it. All three are directed by men, which raises the question of whether women will find these portraits as potent and sensitive as I do. Yet even if they qualify to some degree as male fantasies, I’d argue that they’re more in touch with our everyday reality and our history than a male fantasy like Apocalypse Now Redux.… Read more »

In the Company of Women [THE BUSINESS OF STRANGERS] 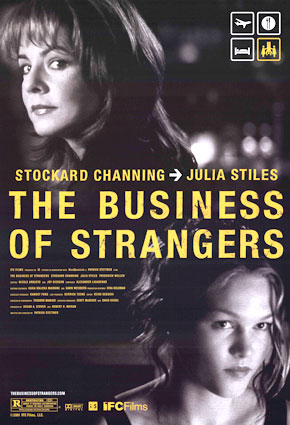 The Business of Strangers

Directed and written by Patrick Stettner 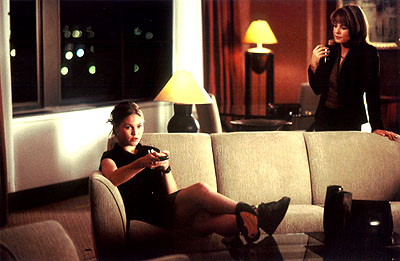 The most notable thing about The Business of Strangers, as Andrew Sarris recently suggested in the New York Observer, may be the conjunction of three facts: that the central character of this first feature is a middle-aged woman executive, that it was written and directed by a man, and that it isn’t misogynist.

This sounds like some PC brief, which isn’t generally a good reason for recommending a film. Yet The Business of Strangers doesn’t have any ideological axes to grind, though it’s interested in ideological exploration. And that points to a kind of respect for its audience, not merely a respect for its leading character.

Several reviewers have noted this picture’s resemblance to In the Company of Men, Tape, and Safe. Though I wouldn’t deny the parallels, they generally have more to do with surface effects than overall meaning. Like In the Company of Men, The Business of Strangers focuses on characters in the business world who display predatory behavior in anonymous surroundings — Anywhere, USA — and it uses a percussive score to suggest these characters’ hostilities and power games.… Read more »