On Location with John Carpenter’s THE THING

From the July 1982 issue of Omni; reprinted in Cinematic Encounters: Interviews and Dialogues (2018). As with all the other commissioned pieces I wrote for the Arts section of that magazine, this originally ran without a title; I’ve also done a light edit on this version. Another version of this article appeared in Cahiers du Cinema, with a different title (if memory serves, this was “Beware of Imitations”).

While I was living in Europe in the 70s, I managed to watch portions of the shooting of films by Robert Bresson (Four Nights of a Dreamer), Alain Resnais (Stavisky…), and Jacques Rivette (Duelle and Noroit), but my trip to Alaska and British Columbia in December 1981 to watch a little bit of the shooting of John Carpenter’s The Thing was surely my most elaborate on-location visit, even though what I actually saw was much briefer in this case — hardly any more than an hour or two at most. And I didn’t even get to speak to Carpenter during my visit; absurdly enough, by arrangement with the film’s publicist, the interview in this piece was conducted over the phone several days later, with Carpenter calling me from Hollywood, after I returned to Hoboken, making the cassette recorder I had carried on my trip completely unnecessary and some portions of this piece necessarily deceitful.… Read more » 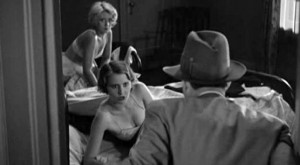 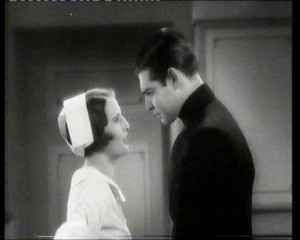 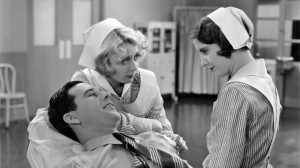 A William Wellman curiosity done for Warners in 1931, this gritty thriller, a favorite of film critic Manny Farber, is of principal interest today for its juicy early performances by Barbara Stanwyck, Joan Blondell, and Clark Gable. Hard as nails, with lots of spunk. 72 min. (JR) 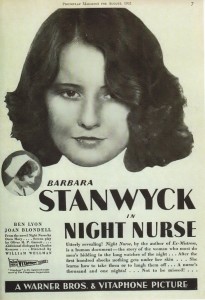