The Man With Two Brains

This 1983 Steve Martin vehicle may be a little slapdash here and there as filmmaking, but it probably has more laughs than any other Martin comedy (with the possible exception of The Jerk). Martin plays a brain surgeon who contrives to resurrect his bitchy, beautiful late wife (Kathleen Turner) with the transplanted brain of a gentler soul. Far from avoiding the tackier implications of this concept, the film revels in them like a puppy in clover; Martin’s delivery of the line, “Into the mud, scum queen!” is alone nearly worth the price of admission. With David Warner; directed by Carl Reiner. (JR) 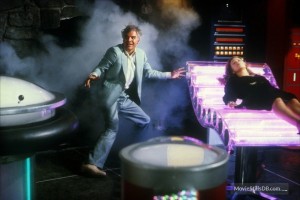 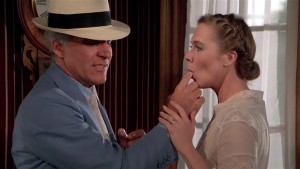 From the Chicago Reader (April 1, 1988). The stills are copyrighted by the Estate of Andrew Noren. — J.R. 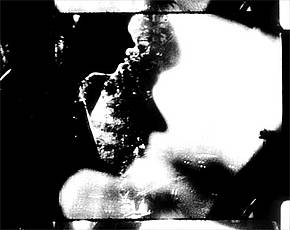 Andrew Noren’s first film since Charmed Particles offers 59 minutes of ecstatic delight in relation to the everyday: it’s all black and white and silent, and mainly nonnarrative, but so sensually rich and rhythmically alive that watching it is an almost constant pleasure. Noren calls himself a light thief and shadow bandit, and this pulsing compendium of home-movie moments is charged with musical energy. It differs from Charmed Particles, the previous episode in his The Adventures of the Exquisite Corpse, mainly in seeming to have more thematic ambitions and in verging somewhat closer to narrative — none of which is allowed to detract much from the overall beauty and intensity of the filmmaking. (JR) 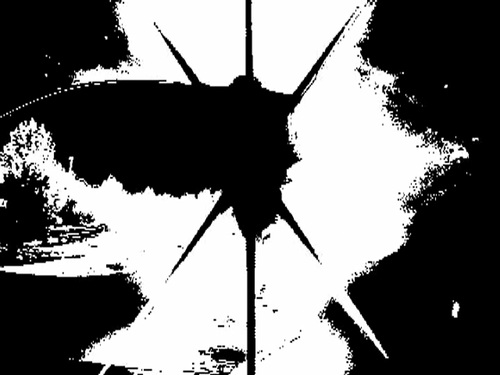 Diary Of A Chambermaid 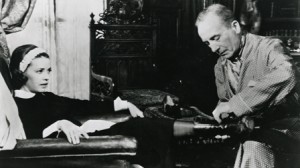 Oddly enough, Jean Renoir’s 1946 Hollywood version of Octave Mirbeau’s novel was a lot crueler and more “Buñuel-esque” than this, Buñuel’s own remarkable and neglected 1964 French version. It was the first of his many fruitful collaborations with screenwriter Jean-Claude Carriere and producer Serge Silberman, and, if I’m not mistaken, his only encounter with ‘Scope (in black and white). Formally and thematically, this is one of Buñuel’s subtlest and most intriguing late works; the novel’s action is updated to the 30s and includes a commentary on the French fascism of the period. Jeanne Moreau plays the heroine, and others in the cast include Michel Piccoli, Georges Geret, and Francoise Lugagne. The absence of a musical score makes Buñuel’s use of sound especially beguiling. In French with subtitles. 101 min. (JR)