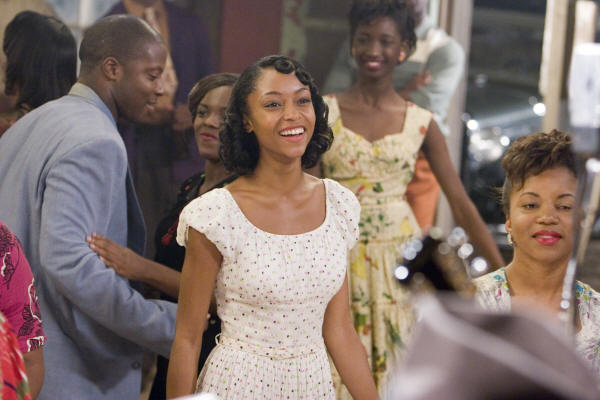 It may seem like dirty pool to begin a discussion of one of my favorite John Sayles movies by zeroing in on its weak points. But writing about Honeydripper recently in the New Yorker, David Denby noted that “moviemaking seems to have become almost magically easy for this independent writer-director,” and that’s absurd, since Sayles himself wrote in the introduction to his story collection Dillinger in Hollywood that “getting a movie made resembles the passage of a bill through Congress.”

Denby concedes that Sayles’s virtuosity as a writer-director “is rhetorical rather than visual.” And Sayles himself says that when he gets a story idea that “seems best expressed in fiction, I feel it in words, not pictures.”

The brief flashback in the middle of Honeydripper’s climactic sequence is a good indication of how labored Sayles’s treatment of images continues to be. The flashback — it comes when Tyrone “Pine Top” Purvis (Danny Glover) is about to break up a fight between a couple of angry customers in his Honeydripper Lounge — isn’t just clunky as visual storytelling and phony in its florid, bloody action and garish setting, it’s seriously underimagined. We get a sudden glimpse of Purvis as a young man pulling a knife on somebody in a fancy city club, suggesting that he gave up his career as a professional musician and retreated to the sticks to escape from the law after killing somebody. Now he’s a peacemaker persuading two hotheads to relinquish their weapons, but there’s no connection of the character to his clichéd earlier self.

The movie’s uncommon pleasures derive not from any comprehensively created world but from its cast — mostly African-American veterans of the Broadway stage, of productions of August Wilson plays in particular — and Sayles’s graceful way of handling them. The plot is inspired by (rather than adapted from) “Keeping Time,” a Sayles story about a drummer published 15 years ago in Rolling Stone and collected in Dillinger in Hollywood. The story has more atmospherics than plot, but part of the movie’s narrative thread is derived from it. And not surprisingly, Sayles’s prose owes most of its energy to verbal riffs on black slang rather than to any abiding sense of lived experience. 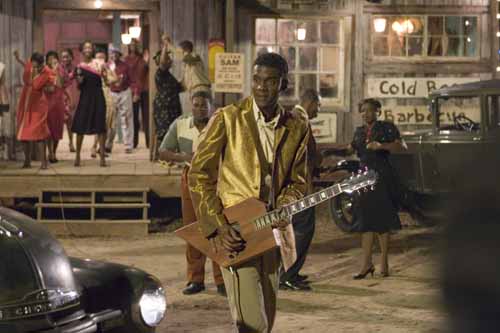 Sayles’s theme in Honeydripper, as in “Keeping Time,” has to do with the birth of rock and roll. The movie is set in 1950, and Purvis  — who used to be a boogie-woogie piano player — is now the proprietor of a struggling juke joint on the outskirts of Harmony, Alabama. Purvis is behind on rent, and he and his friend and partner Maceo (the wonderful Charles S. Dutton) have just been forced to fire their aged blues singer (Mable John) because they can’t pay her. Meanwhile the gangsters who own the building are threatening to sell it; after they send over a couple of thugs, Purvis dreams up a scam and claims that the famous Guitar Sam is coming to put on a show. The sheriff (Stacy Keach) runs Harmony like a petty despot, demanding cash payoffs — and fried chicken from Purvis’s churchgoing wife (Lisa Gay Hamilton). He also harasses a young guitarist (Gary Clark Jr.), Sonny, who’s passing through, citing him for vagrancy and forcing him to pick cotton. Desperate, Purvis enlists Sonny — who’s been flirting with his teenage stepdaughter, China Doll (Yaya DaCosta) — to impersonate Guitar Sam. 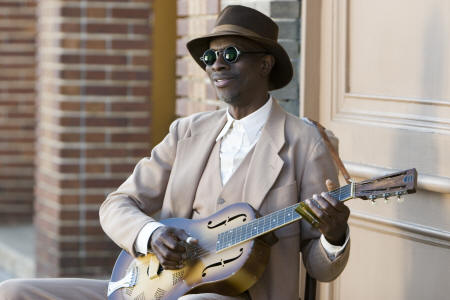 This is only part of the agreeably complicated plot and large cast of characters, which also includes a blind blues singer (Keb’ Mo’) playing for pennies on the street who acts as deus ex machina. His music sounds real enough, but the idea that he could be playing that kind of music for the white folks strikes me as unbelievable. Also, Sayles writes in the press notes that “one [battle] for dominance that was waged in the early ’50s was between the guitar and the piano.” Maybe he’s right, but Purvis’s piano playing (dubbed by Sonny Leland and articulated in close-ups by the hands of Henderson Huggins) and Clark’s live electric guitar suggest a relationship between stride piano, boogie-woogie, R & B, and early Chuck Berry that’s hard to accept musically, though I can buy it dramatically. It’s typical of the way Sayles, for all his concern about getting the locale and period right, is also concocting a Porgy and Bess fantasy. (Purvis in the flashback and the two thugs are all versions of Sportin’ Life.) 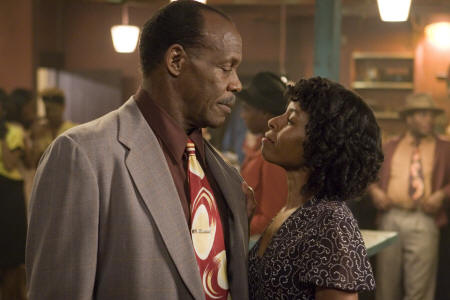 Though Honeydripper is Sayles’s 16th feature, he clearly still thinks more in words than in pictures — words that sometimes seem better suited to the page than to the screen. And in this film, the lived experience of the cast may ultimately count for more than Sayles’s own. Speaking as a native of Alabama who was seven in 1950, I’d argue that the only cast member, white or black, who speaks with an authentic Alabama accent is Sayles himself, appearing in only one scene as a testy liquor salesman.

When I saw Honeydripper in Toronto and New York, it was with appreciative, almost all white audiences. (I’m told by a dramaturge friend that Broadway productions of August Wilson plays about the African-American experience also have mostly white audiences.) I suspect this is because Sayles’s movies are marketed like art movies, meaning they’re marginalized by definition. Last week in the Reader J.R. Jones protested that the animated feature Persepolis was handled the same way. True enough, but I’d argue that’s lamentable not just because the film reveals Iranians to be people like us but because one scene, when the teenage heroine casually gets a boy arrested as a practical joke, shows how easy it is for anyone to slide into totalitarian behavior. 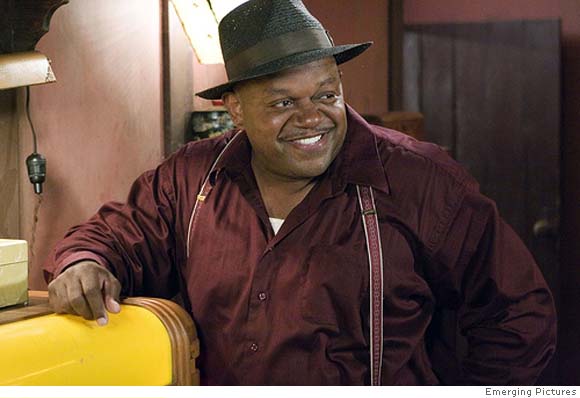 Marginalizing Honeydripper means de­priving mainstream audiences of mainstream entertainment. Glover’s as hard-rock reliable as Spencer Tracy in his prime, Dutton’s exchanges of sexual innuendo with an appreciative lady friend are delivered with a kind of relish verging on joy, and DaCosta and Clark make a cute couple. The music is a pleasure throughout. Keach and Mary Steenburgen turn in juicy performances  — in fact, everybody on-screen seems to be enjoying themselves. So pretending that this is an art film just seems like a way of guaranteeing that some people who’d enjoy it won’t ever see it.