This review of Night Moves appeared in the May 1975 issue of Monthly Film Bulletin. [September 11, 2009 postscript: Having just reseen Night Moves for the first time since it came out, I think it holds up remarkably well, in terms of its script and direction and almost uniformly fine performances. There's also some additional interest now in seeing Melanie Griffith in her first credited performance and James Woods, less impressive, in one of his earliest after Elia Kazan discovered him for The Visitors. As for Alan Sharp, it would appear that his filmography (which also includes The Hired Hand and Ulzana's Raid) warrants further investigation -- as does Jennifer Warren's.]—J.R. 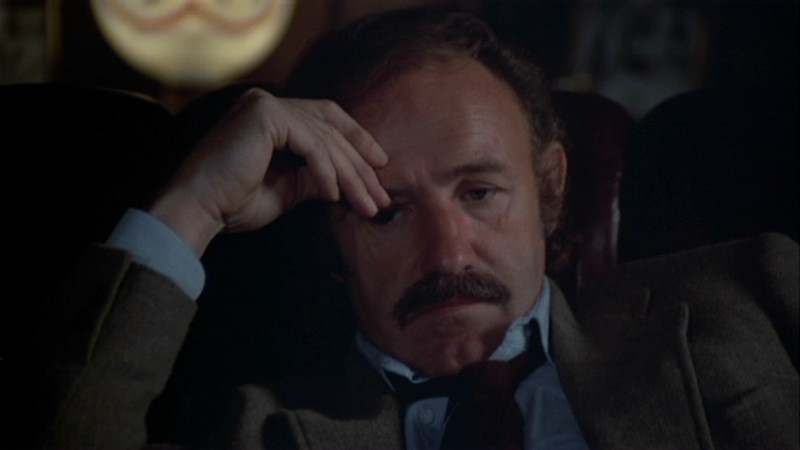 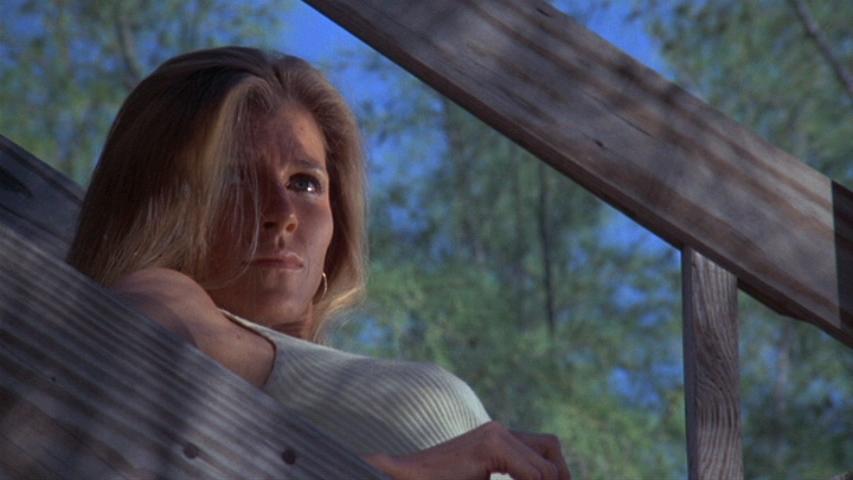 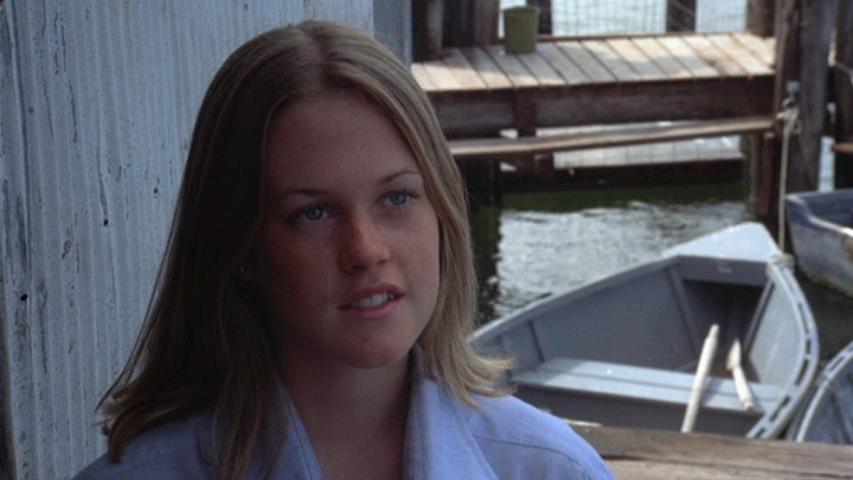 Former football star Harry Moseby, now working as a private detective, is hired by Arlene Iverson, a promiscuous former starlet, to find her runaway teenage daughter Delly. After speaking to Delly’s previous boyfriend Quentin, a movie stuntman who explains that she went off with Marv Ellman, another stuntman, Harry surreptitiously follows his own wife Ellen as she leaves a cinema with another man, Marty Heller, and later confronts Heller in his flat. There is an angry scene with Ellen, just before Harry leaves leaves to look up Ellman, also meeting and befriending stuntman Joey Ziegler, who directs him to Delly’s stepfather, Tom Iverson, on the Florida keys. There he meets Tom, and his girlfriend Paula and Delly, who appear to be involved in a ménage à trois. Delly refuses to come home, until she comes across a corpse in a wrecked plane while swimming at night and changes her mind; later the same night, Paula comes to Harry’s room and seduces him. Shortly after Harry returns Delly to Arlene, she dies in a movie car stunt with Ziegler at the wheel; suspecting foul play, Harry goes to see Quintin, who reveals that Ellman was the corpse in the wrecked plane. Hoping to save his marriage, and closing down his detective office, Harry nevertheless insists on flying back to Florida when he learns that Ellman’s death hasn’t been reported to the Coast Guard. There he finds Quintin has just been killed by Tom; after a fight with the latter, Harry sets off in his boat with Paula, who explains that she, Tom, Ellman, and Quentin  had been smuggling archaeological remains out of Yucatan, and admits that she was seducing Harry while Tom was diving for a statue in the wrecked plane. While she is diving for the statue, a seaplane appears; Harry is sounded by gunfire and Paula killed just before the plane crashes; Harry sees that the pilot is Joey Ziegler. Alone, Harry navigates the boat in circles around the wreckage.

Beneath the complicated unraveling of a mystery, an anti-mystery, with the hero’s detection registering as an evasion of his own problems; beneath a densely charted intrigue of betrayals and cross-purposes, a cryptic void, like that ambiguous trophy of treasure and wreckage around which Harry is drifting in the final shot. Thanks to an efficient script by Alan Sharp, and clean direction by Arthur Penn that lingers over seemingly peripheral matters only further to drive a bitter moralistic message home, Night Moves effectively subverts the Ross Macdonald formula that it partially appropriates — runaway child of wealthy, corrupt household saved from perdition by fatherly detective, who sets all the closet skeletons in order — by making its detective as much of a “runaway” as the child, and a virtually “solved” mystery as oddly unedifying and irrelevant as an unresolved one. Distanced by a brittle and heartless muzak score  that ironically reflects genre expectations, the plots its focus almost equally between what Harry uncovers and what he “misses” — or is in flight from. Thus one is only half-engaged in the seductions of a game while intermittently scoring off points against the featured player, although Hackman makes Harry likeable enough to keep this tension interesting for a while, as long as he can remain a step or two ahead of the film’s impending sermon about the folly of his ways. Absurdist anarchy and a search for roots, the thematic poles common to all of Penn’s features, figure implicitly in the sardonic, fleeting references to American history in the dialogue (Washington, Franklin, the Kennedy assassinations) — wistful epitaphs to lost purposes in a post-Watergate climate that the film is at some pains to describe. Within such a context, a quintessential Penn “folk” character like Paula, however corrupt, serves more as a spokesman for the film’s values than Harry, if only because of her relative flexibility and lack of illusions. And her sexuality, for all its apparently duplicitous nature in her seduction of Harry, is made to seem rather freer and looser than Arlene and Delly’s indiscriminate promiscuity, Tom’s incest, and the indiscriminate girl-chasing of Marv Ellman (of whom Ziegler remarks, “He’d fuck a woodpile on the chance there was a snake in it”), perhaps because it appears to be less bound up in automatic reflexes. (Jennifer Warren’s performance — like Hackman’s, Binns’, and Crawford’s — is a model of completeness suggesting incompleteness, i.e. teasing aspects of the character that are never spelled out. Harry, on the other hand, seems to be handled throughout as the stooge and representative of our self-deceptions: nothing we see in the film goes beyond his range of vision (the boat he is marooned on at the end is called, a bit patly, “Point of View”), so that his responses to events — such as his denunciation of Arlene after Delly’s death – often seems designed to duplicate, and therefore ultimately question, our own. Unlike Delly, who likes for “things to change no matter what”, he and (by implication) the audience are delineated as victims of compulsive habits, going nowhere in a hurry: Penn’s image of America today. According to the somewhat awkward chess motif bandied about in the film, it is a stalemate whereby one becomes estranged equally from present and past (exemplified by the story Harry tells Ellen about tracking down, and then fleeing from, his missing father in Baltimore) while mechanically stumbling after a fugitive and steadily diminishing future –- a plight epitomized by Harry’s helpless exchange of looks with Ziegler through a glass pane while the latter recedes from sight in the sinking plane, recognition suddenly dawning only when communication is no longer possible. 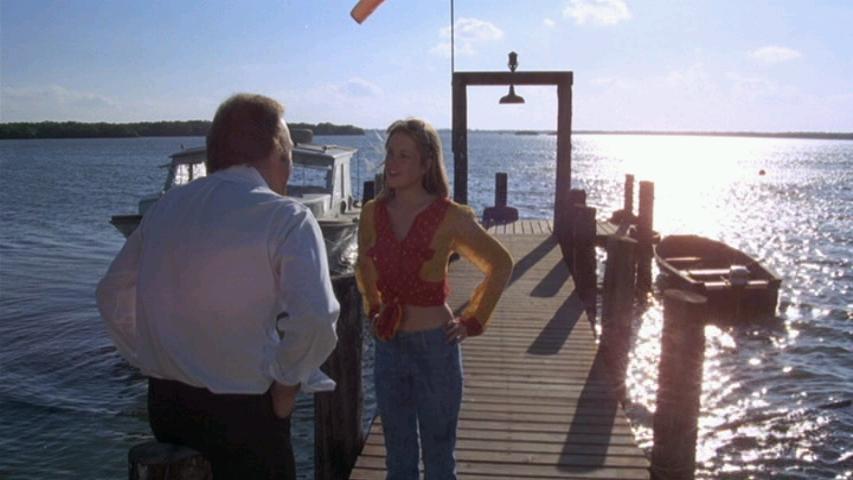 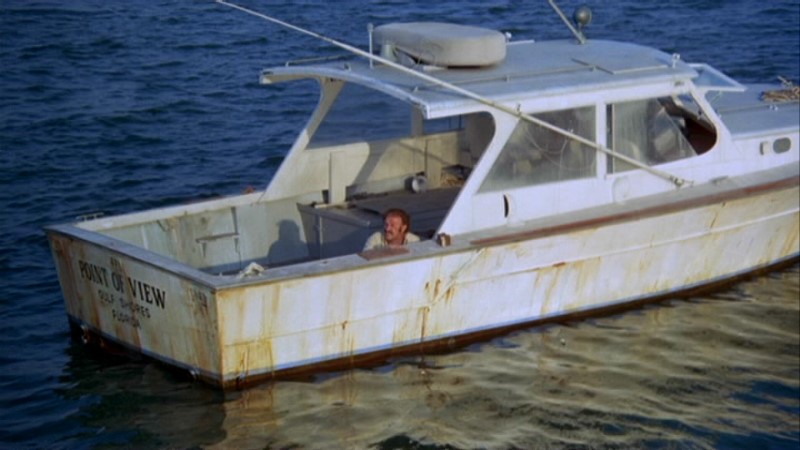