The World in a Village [GUELWAAR]

Directed and written by Ousmane Sembène 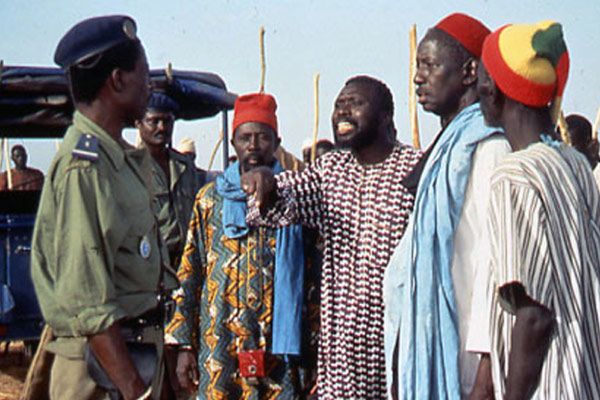 We like to think that the essential works of any art form are readily available to everyone; but when it comes to film we still aren’t within hailing distance of that goal, even if we agree to the debatable proposition that a film’s transfer to video equals its availability. The canons of film history taught in film departments across the country are based almost entirely on the titles that film, video, and laser disc companies choose to place or keep on the market, which is all that most film professors have seen in the first place. And now that 16-millimeter film distribution is already on its last legs, the history and breadth of the medium, even for most film students, is quickly being reduced to what can be found at local video stores.

Among the many key items that can’t be found there are virtually all the major African films, including the seven features and four shorts of Senegalese writer-director Ousmane Sembène, by most accounts the greatest African filmmaker.… Read more »