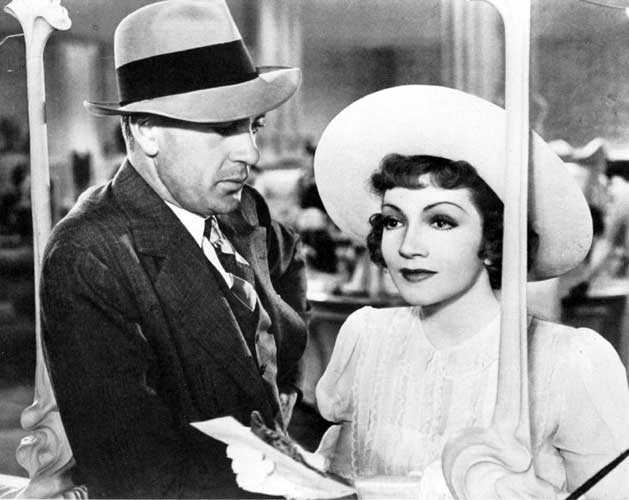 On the Riviera, an American multimillionaire (Gary

Cooper) with many ex-wives meets and romances the

after she accepts, she learns about his former wives

and refuses to consummate their marriage, baiting

him with a string of pretended infidelities (including

one with a very young David Niven). This is an uncharacteristic

comedy of Ernst Lubitsch by virtue of its relative cruelty

and unpleasantness, both of which seem ascribable in

part to the writing team of Charles Brackett and Billy Wilder

-– who would later show similar traits in their scripts for

such noncomic films as The Lost Weekend (1945) and

aspects of this film -– above all, the depiction of an

obnoxious and wealthy American abroad and a tense

romantic dialogue conducted on a float in the Mediterranean

— in the much sweeter and clearly Lubitsch-inspired