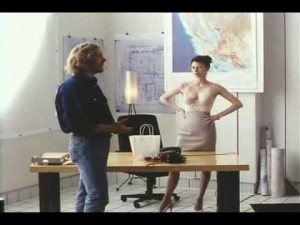 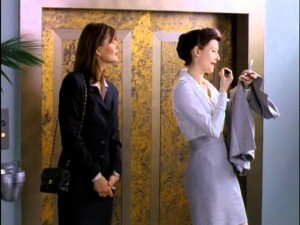 An adventurous and sometimes sexy (if only fitfully successful) 1996 adaptation of Louise Kaplan’s celebrated nonfiction book, directed by Susan Streitfeld from a script she wrote with Julie Hebert. Streitfeld focuses on a successful single prosecutor (British actress Tilda Swinton, displaying an impeccable American accent) as she waits to discover whether she’s been appointed as a judge, her kleptomaniac-scholar sister (Amy Madigan), the prosecutor’s boyfriend, a lesbian psychotherapist she has a fling with, and other people in her orbit. Oscillating between everyday events in her life and her dreams and fantasies, the film is much more successful with the former than with the latter, which often get heavy-handed and obscure. But the freshness of Streitfeld’s approach toward gender anxiety and social conditioning fascinates even when the overall clarity diminishes. Not for everyone, but those who like it will probably like it a lot. With Karen Sillas, Clancy Brown, Frances Fisher, Laila Robins, Paulina Porizkova, and Dale Shuger. (JR) 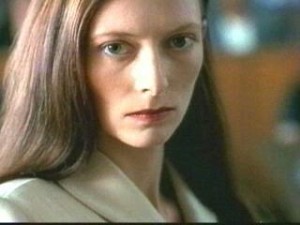 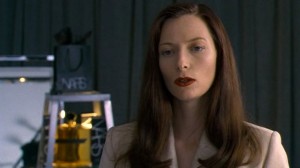