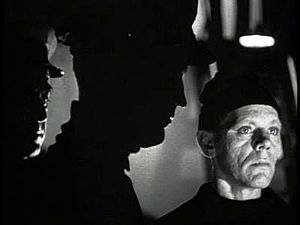 The least known, though far from least interesting, of producer Val Lewton’s exemplary, poetic B-films, this was withdrawn from circulation for nearly half a century due to an unjust plagiarism suit that Lewton had the misfortune to lose. Like many of Lewton’s best efforts (Cat People, I Walked With a Zombie, The Leopard Man), this is a taut thriller promising fantasy in its title but offering a dark look at human psychology that becomes even more disturbing through what’s left to the viewer’s imagination. The plot concerns a young third mate (Russell Wade) on a cargo ship who’s befriended by a lonely captain (Richard Dix), whom he gradually discovers is a disturbed tyrant with little of the self-confidence he initially shows — a cracked father figure whose crew is mysteriously loyal in spite of his weaknesses. Like Lewton’s other early pictures, it’s carefully scripted (by Donald Henderson Clarke), efficiently directed (by Mark Robson), and evocatively shot (by Nicholas Musuraca). This 1943 “second feature” boasts a large and well-defined cast of characters and a very involved plot, though it lasts only about 70 minutes — there’s scarcely a wasted motion, a bracing object lesson to nearly all feature makers today. Film Center, Art Institute, Columbus Drive at Jackson, Friday, September 10, 6:00, and Saturday, September 11, 4:00 and 7:00, 443-3737. 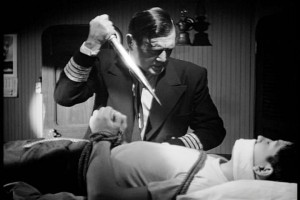