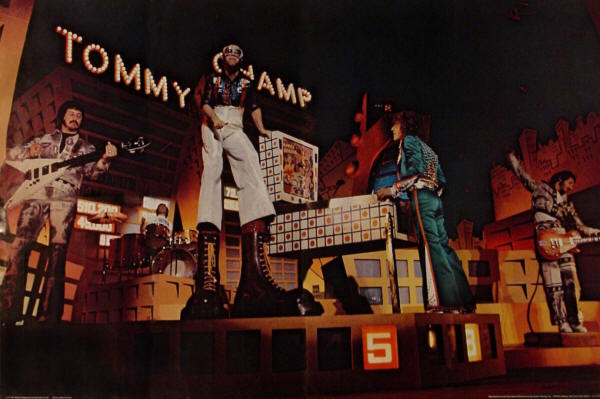 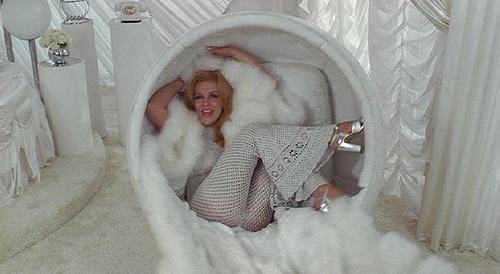 Jonathan Benson. sc-Ken Russell. Based on the rock opera by Pete

Townshend and the Who. addit. Material–John Entwistle, Keith Moon.

Amazing Journey”, “Christmas”, “The Acid Queen”, “Do You Think

“Tommy’s Holiday Camp”, “We’re Not Gonna Take It”, “Listening to

You” by Pete Townshend and The Who [Roger Daltrey,John Entwistle, 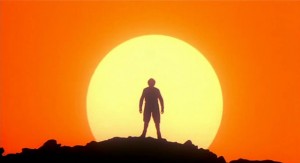 Group Captain Walker, an R.A.F. bomber pilot, is shot down over

enemy lines, and a few months later Nora gives birth to a son,

Tommy. During a visit to Bernie's Holiday Camp, she meets and

weds one of the employees, Frank Dobbs, and the three go to live in

and Nora in bed together, and is killed by Frank; Tommy, witnessing

the murder in a mirror, becomes incurably deaf, dumb and blind. The

1970s: Tommy is taken to a faith healer who has no success, then to

the Acid Queen, who injects him with drugs; the latter experience

permits him to see only a red image of himself in a mirror. Left with

his sadistic cousin Kevin who brutally tortures him, he is subsequently

able to see a yellow image in a mirror beside the red one; after

being sexually abused by his Uncle Ernie, he can also see a

blue image. His red, yellow and blue image leaves the mirror and

goes to an automobile junkyard; Tommy follows, comes upon a

pinball machine, and plays it so well that he immediately becomes a

celebrity, and beats the former World Champion in a tournament.

down, she pushes him through a mirror and he promptly regains

all his senses. Declaring himself a new Messiah, he becomes an

evangelist with 'Holiday Camps" in every major world capital,

offering tinted glasses, corks,  earplugs and pinball machines to the

converts while Frank collects the profits. But the followers rebel,

destroying the central holiday camp and killing Frank and Nora.

Alone and free, Tommy climbs a mountain to worship at the feet of 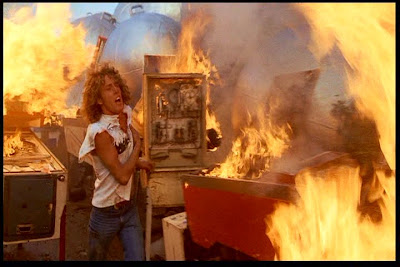 Like every other recent Ken Russell film, Tommy is decidedly a

mixed bag of effects; but for once, the unevenness of the mixture

seems evenly matched by the strengths and limitations of the original

material. After all his dogged attempts both to inflate and undermine

the romanticism in such diverse sources as Lawrence, Tchaikovsky,

The Boy Friend and Gaudier-Brzeska, evidently seeking to resolve

the contradictions of his approach in a kind of pure theatricality,

musical energy to make this adaptation neither a betrayal nor an

improvement but a true meeting of equivalent sensibilities. This is

not to suggest that he hasn't taken certain liberties with the material:

the alternating use of separate choruses from "Tommy's Holiday

Camp" and "We're Not Gonna Take It" on the original album, for

instance, is replaced here by one song in toto followed by the other

ambivalence (and, incidentally, still eliding any indication of why

Tommy's followers decide to revolt) -- while the concluding sequence

clearly offers only one of many possible readings of "Listening to

You", fusing the stylistic narcissism of both The Who and Russell

into a summary statement acknowledging self-worship as the overriding

preoccupation that they share, with a comparable preference for flash

collaboration. For the most part, however, Russell's illustration of

the lyrics is strictly literal -- e.g., Sally Simpson actually does marry a

a rock musician from California -- which places a considerable amount

of the creative burden on Townshend's shoulders. (In the monaural

version under review, the lyrics of on-screen actors occasionally

register with a disembodied effect, but this actually helps to

highlight the parallel contributions of director and music). Among

minutes or so, which resemble a run-on TV commercial; the Las

Vegas inflections of Ann-Margret -- rather at odds with the ethnic

tenor of the music, and not made any more palatable by her

strenuous efforts to 'act' the lines; and the unproductive ugliness

of the set in Eric Clapton's faith-healing headquarters, riddled with an

is a mini-masterpiece of visual inventiveness and dramatic cohesion,

helped in no small measure by Turner's extraordinary showmanship,

while the plastic conceits accompanying “Pinball Wizard"-- from

Elton John's outrageous outfit to the actual flipper machines, both

seen against a teeming mob of spectators -- are lively and inspired. If

than musical terms, and invariably within short units comprising the

length of the tunes rather than over lengthier structures -- making for

a certain choppiness in continuity, and an acute absence of overall

dynamics (with every sequence characteristically pitched at a hit-or-

and tasteless junctures, Tommy is never boring, and always full of

energy; and given the very loose narrative framework and imprecise

plot that Russell has to work with, this is no small achievement. 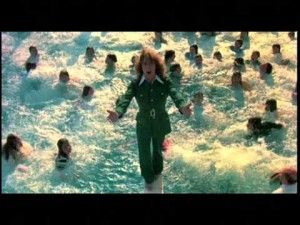