A book by Dwight Macdonald

Dwight Macdonald’s latest collection of articles is a sequel of sorts to his Politics Past — political-cultural and incidental literary criticism that composes a loose chronicle of the times, taking in a span of nearly five decades.

I blush a little to admit it today, but Dwight Macdonald was the first film critic I ever took seriously. He liked Citizen Kane, Breathless and Shadows and so did I, but I think the clincher was his prose — a rare kind of magazine writing, bursting with energy, that danced or sang or clowned regardless of what it was saying, with a fine ear for polemics and invective. This latter talent has gradually become known as his specialty. More humanistic and less of a school marm than John Simon and a lot more folksy and homespun than Gore Vidal, he shares with them the status of Master of the Chopping Block. (For the best whacks, see my favorite Macdonald collection, Against the American Grain [much of it recently reprinted, in 2011, as Masscult and Midcult: Essays Against the American Grain].) 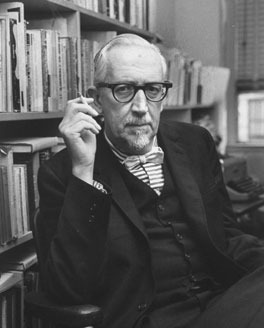 But he usually takes on a different coloration in his political writing, where his loves and hatreds become more personal and complex — more mutable and prone to reversals or other kinds of second thoughts.… Read more »

The earliest principles of editing shots together were perhaps no more simple or complex thanthose of bricklaying; they served, at any rate, to perform the same sort of basic architectural function. In an early narrative film by Georges Méliès, Le Voyage dans la lune (1902, A Trip to the Moon), elaborately staged tableaux in front of a stationary camera — the filmmaker himself called them ‘artificially arranged scenes’ — succeed one another through the medium of dissolves. A bevy of chorus girls waves goodbye to a rocket ship fired from a cannon (one tableau), the moon is seen approaching (another tableau, effected through a moving, artificial moon rather than a moving camera), and the rocket ship lands splat in the eye of the Man in the Moon (still another tableau). By the timeMéliès was making Le Tunnel sous la Manche ou le Cauchemar Franco-Anglais (l907, Tunneling the English Channel), five years later, his visual structures were more complex, so that an entire narrative could proceed in the form of individual split-screen diptychs. In each of them, an Englishman and Frenchman attempt to cross the channel towards each other from opposite sides of the screen.… Read more »