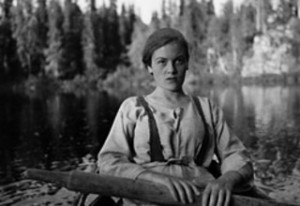 When I heard that Aki Kaurismaki was making a silent black-and-white feature, I expected something arch and postmodernist. Yet in spite of a few flashes of mordant humor, some wonderfully spare sound effects, and a few minimalist lighting schemes that suggest 50s Hollywood, this 1999 film is a moving pastiche whose strength is its sincerity and authenticity. A fallen-woman story set in the present, featuring a farm couple and an evil playboy from the city who lures the wife away, it conveys the sort of purity and innocence associated with silent cinema storytelling, including a love of nature and animals, a taste for stark melodrama, and an emotional directness in the acting — evocative at various times of Griffith in the teens and Murnau in the 20s. Accompanied by a live orchestra at the Berlin film festival, the film is now furnished with a music track featuring the same score and musicians that’s essential to its power. No other film by Kaurismaki has affected me as much as this one, but if you don’t love silent movies it may come across as a pointless exercise. With subtitled Finnish intertitles. 76 min. (JR) 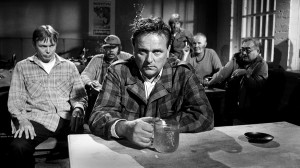 This vulgar Billy Wilder comedy scandalized the Legion of Decency and large segments of the American public when it came out in 1964. At the time Wilder pointed out that the film is about human dignity and the sanctity of marriage, but its undisguised contempt for the American hinterlands and the success ethic makes the sexual element seem dirtier than it actually is. Dean Martin plays a carousing parody of himself, stranded in the godforsaken town of Climax, Nevada, while a desperate songwriter (Ray Walston), hoping to sell him a tune, tries to get him shacked up with a prostitute (Kim Novak) impersonating the songwriter’s wife (Felicia Farr). This restoration includes the original ending, which originally played only in Europe, followed by the forced ending that played in the U.S. Both Martin and Novak are at their near best, and the undertone of small-town desperation in Wilder and I.A.L. Diamond’s script is effectively captured by Walston and his sidekick, Cliff Osmond. Shot in black-and-white ‘Scope. 126 min. (JR)