A Couple of Kooks [MY BEST FIEND] 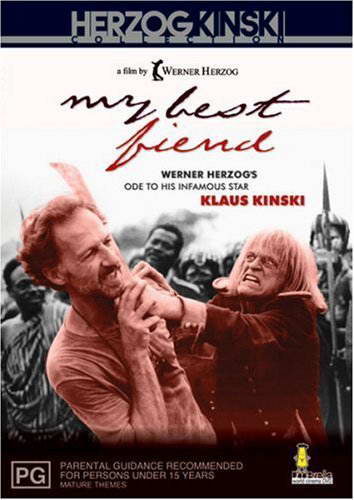 Directed and written by Werner Herzog. 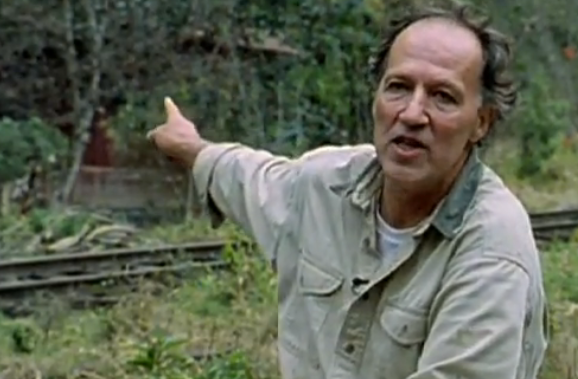 What’s the difference between artistry and bravado? This isn’t a question I generally feel inclined to ask, but I’m compelled by the work of Werner Herzog, who scrambles the two until it’s difficult to tell which is which. My Best Fiend – Herzog’s documentary feature about his tumultuous collaborations with Klaus Kinski, the mad actor with whom he made some of his most notable films — also compels questions about Kinski’s bravado and artistry, and suggests that it might not always be easy to distinguish his from Herzog’s. 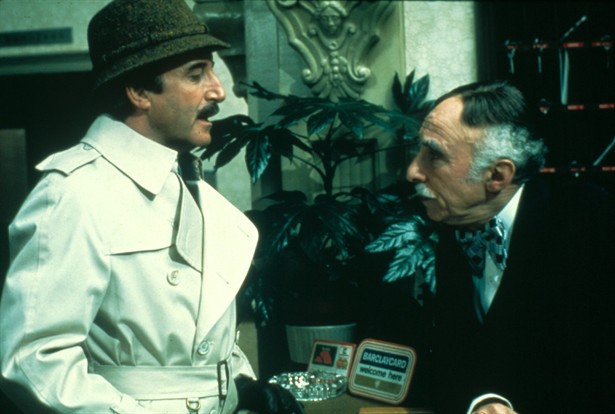 One might call My Best Fiend, which is playing this week at Facets, the art-movie equivalent of writer-director Blake Edwards’s Trail of the Pink Panther. Edwards and Peter Sellers reportedly were at each other’s throats throughout their many collaborations on Pink Panther comedies — largely, it appears, because of Sellers’s hyperbolically neurotic behavior. Herzog and Kinski had a similarly volatile relationship, which ended only after Kinski died, in 1991. Herzog got his revenge by releasing outtakes of his difficult star, much as Edwards continued to fiddle around with unreleased footage of Sellers as Inspector Clouseau in Trail of the Pink Panther.… Read more » 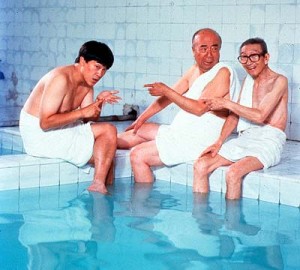 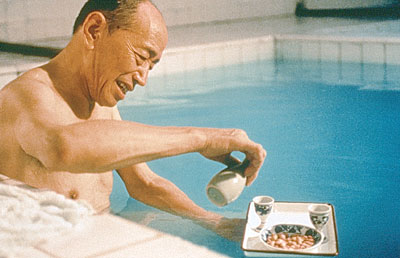 In these pages last week I wondered whether adapting Marcel Proust was the best way for the talented Raul Ruiz to spend his time. Later I heard from some colleagues who write for suburban papers that their editors had forbidden them to review Time Regained — a standard form of censorship that made me wonder whether my expressing misgivings would encourage the editors to believe they were justified. Especially stomach turning was the spurious reason they reportedly gave: that people in the burbs wouldn’t care about such a movie.

But what else would persuade a suburbanite to travel all the way to Chicago to see a film if not something like Time Regained? Surely not a chance to see The Patriot on a slightly bigger screen (democracy at work: we can choose where to see bad summer movies). I suspect that the contempt these suburban editors have for their readers is a form of fear: if they admitted that better fare was available elsewhere, the studios might get annoyed and withhold some of their advertising dollars.… Read more » 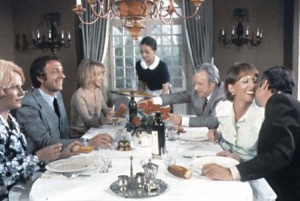 Luis Bunuel’s 1972 comic masterpiece about three well-to-do couples who try and fail to have a meal together is perhaps the most perfectly achieved and flawlessly executed of all his late French films, produced by Serge Silberman and coscripted by Jean-Claude Carriere. The film proceeds by diverse interruptions, digressions, and interpolations (including dreams and tales within tales) that, interestingly enough, identify the characters, their class, and their seeming indestructibility with narrative itself. One of the things that makes this film as charming as it is, despite its radicalism, and helped Buñuel win his only Oscar, is the perfect cast, many of whom bring along the nearly mythic associations that they acquired in previous French films (Delphine Seyrig, Stephane Audran, Bulle Ogier, Jean-Pierre Cassel), as well as many Buñuel regulars (Fernando Rey, Paul Frankeur, Julien Bertheau). Frightening, funny, profound, and mysterious. A restored 35-millimeter print will be shown (101 min.). Music Box, Friday through Thursday, August 11 through 17. 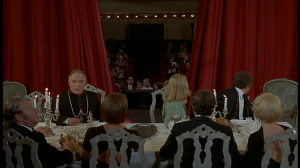