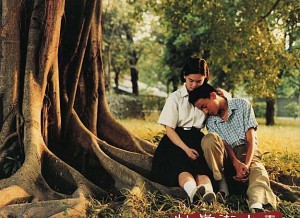 Bearing in mind Theodore Dreiser’s An American Tragedy, this astonishing 230-minute epic by Edward Yang (1991), set over one Taipei school year in the early 60s, would fully warrant the subtitle A Taiwanese Tragedy. A powerful statement from Yang’s generation about what it means to be Taiwanese, superior even to his recent masterpiece Yi Yi, it has a novelistic richness of character, setting, and milieu unmatched by any other 90s film (a richness only partially apparent in its three-hour version). What Yang does with objects — a flashlight, a radio, a tape recorder, a Japanese sword — resonates more deeply than what most directors do with characters, because along with an uncommon understanding of and sympathy for teenagers Yang has an exquisite eye for the troubled universe they inhabit. This is a film about alienated identities in a country undergoing a profound existential crisis — a Rebel Without a Cause with much of the same nocturnal lyricism and cosmic despair. Notwithstanding the masterpieces of Hou Hsiao-hsien, the Taiwanese new wave starts here. (JR) 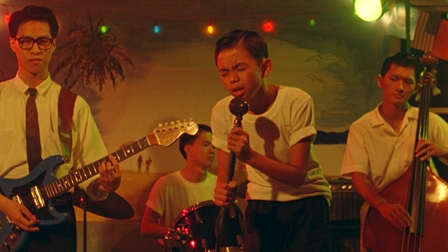