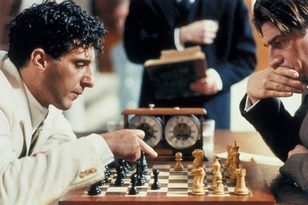 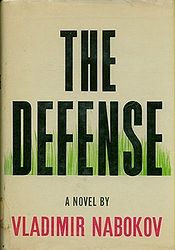 In Slate last March two film critics with literary backgrounds, Phillip Lopate and A.O. Scott, argued about Terence Davies’s adaptation of The House of Mirth – an exchange that only illustrated how hard it is to settle questions about fidelity to novels. Lopate, who’s been involved with film much longer than Scott, called it his favorite American film of 2000. Scott, whose readiness to bone up on movies since he started reviewing them for the New York Times has been invigorating, didn’t seem blind to some of the film’s virtues, but he was much more concerned with what seemed reductive about it. 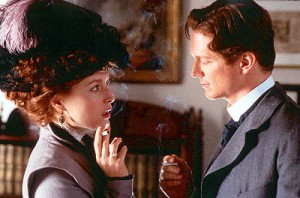 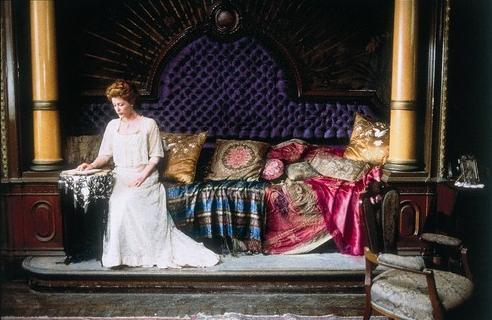 Having read Edith Wharton’s novel for the first time just before I saw the movie, I found myself agreeing to some extent with both critics. The film is inferior to Davies’s Distant Voices, Still Lives, The Long Day Closes, and The Neon Bible, all three of which strike me as essential works, though they’ve received much less attention from the mainstream, perhaps because they’re further from conventional narrative. It also oversimplifies one of this country’s greatest novels, reducing both the moral ambiguities and the complexity of the social analysis. But I have to confess that when I saw the film a second time, some moments brought me to tears. Once I’d seen what the movie had missed or glossed over, I could be much more attentive to what Davies was doing, which was substantial. Maybe it was questionable Wharton and less-than-optimum Davies, but even inferior Davies is better than most current films.

People who argue that movies have to succeed or fail on their own terms and that issues of fidelity are irrelevant have a point, but it’s a point that plays into Hollywood’s worst impulses. Consider all the harebrained “experts” at the Academy Awards who fell for the Coen brothers’ snide claim that the screenplay of O Brother, Where Art Thou? was based on Homer’s Odyssey and therefore could be nominated as the best script coming from another source — an absurd, if commercially expedient, position. By their logic, John Waters could assert that Cecil B. Demented was adapted from The Marriage of Figaro, and Chuck Jones could argue that Duck Amuck is based on the story of Abraham. This doesn’t mean that paying customers aren’t entitled to like or dislike a movie without giving two hoots about where it comes from. But once you claim you’re adapting Homer, Hitchcock, Edith Wharton, or Stephen King, you’re implicitly asking to share in some of their reflected glory — and implicitly turning that glory into a marketing tool.

This is part of what made me sour on The Luzhin Defence, adapted by Peter Berry from Vladimir Nabokov’s The Defense and directed by Marleen Gorris, a Dutch filmmaker who apparently wants to be known now for tangling with classy literary material. In 1983 she was better known for the provocative and scary feminist rage of her feature A Question of Silence; in 1995 she toned down that rage, offering the more PC Oscar fodder of Antonia’s Line. Then her well-received 1997 screen adaptation of my favorite Virginia Woolf novel, Mrs. Dalloway, gave her a certain Merchant-Ivory cachet, though I walked out of a market screening after only a few minutes — as soon as I detected the tasteful-furniture-ad touch. 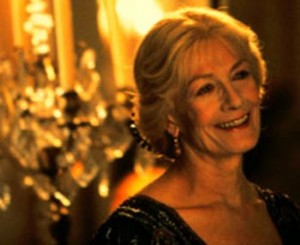 The Luzhin Defence (a more accurate translation of Nabokov’s original title) tries for some of that Merchant-Ivory gloss, planting most of its action in what appears to be an Alpine villa. There are certainly no hints of feminist rage. I’m not saying there should be, but a little irony — even a few pinches of Nabokov’s irony, which is by no means feminist — might have made the unqualified maternal devotion a young debutante (Emily Watson) shows a disheveled, socially maladjusted, and emotionally unstable chess master (John Turturro) a little more tolerable. Instead we get only an uninflected love story that could have been written by anyone, though a few stray snippets of Nabokov’s witty dialogue have been pasted in at arbitrary junctures, as when the heroine’s uptight mother wonders whether the invention of the radio was part of a Jewish conspiracy. 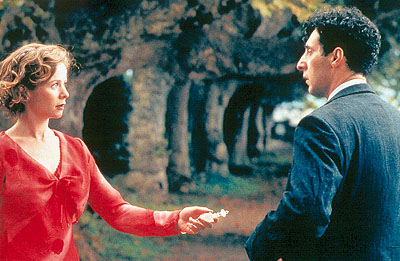 The Defense is Nabokov’s third novel, written in Russian in 1929 and first published in Berlin the following year. In overall quality and importance it can’t hold a candle to either Mrs. Dalloway or The House of Mirth. The lead character is treated with uncharacteristic warmth, something Nabokov himself noted in his 1963 foreword, yet the book is more an impressive literary performance than a thrilling story, containing early versions of the literary games that would make Lolita and Pale Fire treasure troves — and that could be represented on film only if one found some cinematic counterparts, as Stanley Kubrick did at times with Lolita. Nevertheless, Brian Boyd identifies it in his definitive, two-part critical biography of Nabokov as the writer’s first masterpiece, and one has to believe that at least a few of its virtues could find their way into a screen version. But nothing in The Luzhin Defence indicates that Gorris and Berry recognize what those virtues are; they seem interested only in combing the text for standard-issue romantic and sentimental material while discarding just about everything that makes the story unconventional.

Perhaps the most conventional thing here is the filmmakers’ making it virtually impossible to affix a national identity to any of the central characters, most of whom are Russian in the novel. Their names remain Russian, but their existential essences seem ruled to a ridiculous degree by the Euro-pudding English they speak, which makes them come across as fugitives from nowhere. Turturro, for instance, speaks with a vaguely English accent — perhaps in an effort to mesh with the mainly English cast — but this doesn’t make him seem any more Russian than an American accent would have. It certainly doesn’t make him come across as more Chaplinesque, the apparent aim of his mannered and overwrought performance. Moreover, the film uses the names of the two leads, a violation of one of Nabokov’s central strategies. In the book, Luzhin’s first name, Alexander, isn’t revealed until the next-to-last sentence — a tactic that, linked to his suicide at the novel’s close, makes him appear and disappear at the same time. In the book, the heroine’s first name is never revealed at all, yet the movie calls her Natalia.

There are other significant distortions. Nabokov’s Luzhin is fat — “corpulent,” “heavy,” and “stout” are three of the adjectives used — which leaves him out of breath after climbing stairs; Turturro’s Luzhin is lanky yet also out of breath after climbing stairs, though the reason isn’t evident. In the book, Luzhin as a boy is a spoiled brat; in the movie he isn’t. The movie also shovels in the worst sort of psychologizing to “explain” its hero, though most of it lands on the margins of the plot — obligatory back story that explains nothing.

Perhaps the novel’s most impressive feat is its rendering of Luzhin’s obsessive derangement, which leads to his nervous collapse at a chess tournament and eventually, after he’s forced to give up chess, to his suicide. The twists, cadences, and images of Nabokov’s prose convey Luzhin’s inner consciousness expressionistically, but the closest this movie comes to expressionism of any kind is a lemon-colored depiction of a foggy railroad station at night, a scene in which Luzhin’s father sends him away to boarding school — the influence of Spielberg at its most lamentable. And the closest the movie ever gets to rendering Luzhin’s consciousness as he approaches nervous collapse is when the camera briefly goes out of focus — a moment that’s accompanied by a melodramatic burst of music that ensures we don’t nod off.

In his foreword Nabokov, after playfully citing some recurring visual patterns in the novel that don’t exist (a trap for lazy reviewers), boastfully explains his intricate way of handling a flashback by alluding to “chess effects”: “Toward the end of Chapter Four an unexpected move is made by me in the corner of the board, sixteen years elapse in the course of a paragraph, and Luzhin, suddenly promoted to seedy manhood and transferred to a German resort, is discovered at a garden table, pointing out with his cane a remembered hotel window (not the last glass square in his life) and talking to somebody (a woman, if we judge by the handbag on the iron table) whom we do not meet until Chapter Six. The retrospective theme begun in Chapter Four shades now into the image of Luzhin’s late father, whose own past is taken up in Chapter Five when he, in his turn, is perceived recalling his son’s early chess career and stylizing it in his mind so as to make of it a sentimental tale for the young.”

I can’t reproach The Luzhin Defence for ditching this sort of elaborate playfulness or for not even trying to approximate any part of it — though it’s so cinematic Boyd partially describes it that way: “After unfolding events in steady sequence for several chapters the narrative suddenly jumps sixteen years in the middle of a paragraph to introduce Luzhin seated in conversation with a woman kept nameless and off camera.” But I can gripe about what the movie replaces it with: a continual seesawing between Luzhin’s childhood and his adulthood with the sort of dull regularity one finds in the crosscutting of a TV cop show. No one is ever kept meaningfully “off camera,” and no one is ever kept very meaningfully on camera either.

I realize that every film adaptation of a good novel involves some sort of trade-off and that fair exchanges are few and far between. But this movie takes away a good two-thirds of what makes the novel worthy of interest and gives back very little: just the cute performances of the two leads, exploited for every ounce of corn Nabokov was careful to strip from the story. They may not be Russian or English, smart or dumb, simple or profound, believable or fanciful in any consistent way, but I have to concede that they fill up the frames.