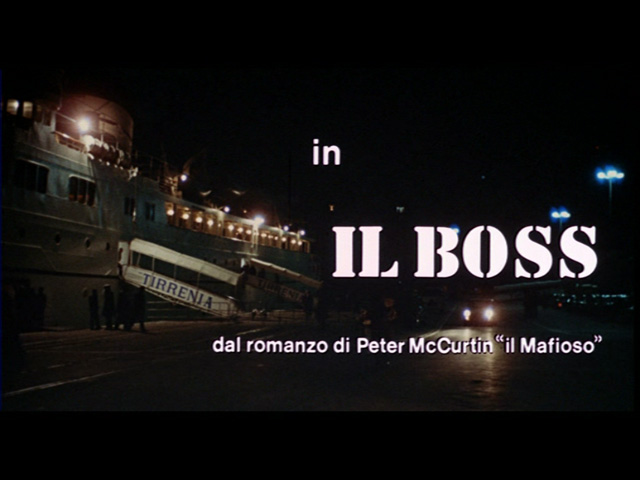 Sicily. Under orders from Mafia chieftain Don Corrasco [Richard Conte], Nick Lanzetta [Henry Silva] sneaks into a projection booth to murder most of Cocchi’s gang of mobsters while they are watching a pornographic film. The next day, other members of the Cocchi gang kidnap Rina [Antonia Santilli], the teenage daughter of Daniello, a high-ranking member of the Corrasco clan, offering to spare her life in exchange for her father’s. Corrasco refuses to abide by this trade, despite Daniello’s willingness, and orders Lanzetta to kill him if he tries to negotiate a deal — an eventuality that shortly comes to pass. Police officer Torri, while investigating the screening room massacre, is severely chastised by his chief Questore for tapping the phones of the members of the rival clans. Meanwhile, Rina is enjoying her captivity — particularly sex with her captors, whom she takes on singly and in pairs. An informer tells Lanzetta the address of the hideaway, and after the former is murdered for spite, Lanzetta kills Rina’s captors and takes her to his own flat, where he is shocked to discover her unshaken by Daniello’s death and eager to seduce him. Rizzo, a crippled lawyer, pays a visit to Corrasco to report that the ‘orders from Rome’ are either to destroy the rest of Cocchi’s mob very quickly or to make peace; Corrasco opts for the former, and also makes a deal with Torri to kill Lanzetta — in exchange, he’ll get Torri a promotion on the police force. Pignataro, a minor Corrasco clan member, warns Lanzetta, and after Rina is accidentally killed in a skirmish, Lanzetta and Pignataro murder Don Corrasco. Pignataro drives Lanzetta to a shack in the country, which he subsequently dynamites; but Lanzetta escapes in time and shoots Fignataro. 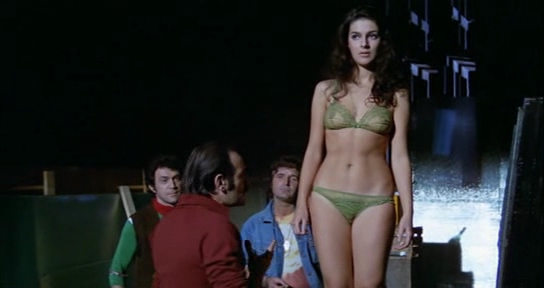 “Is everybody corrupt?” one character asks another in Billy Wilder’s One, Two, Three, eliciting the response, “I don’t know everybody”. While it is doubtful that Fernando Di Leo knows everybody, it is certainly not one of the least virtues of this half-dubbed penny-dreadful (Conte and Silva speaking English. everyone else reduced to dubbers’ gibberish; Caprioli’s tantrums visually almost identical to those he throws in Tout va bien, but verbally even less funny in a borrowed tongue) that the writer-director apparently thinks that he does, and remains steadfastly good-natured about it. Contrary to the gospel as set down by The Godfather, none of the myths of the Mafia is honored, and the multiple betrayals and counter-betrayals imply that every form of trust and mistrust is ultimately arbitrary, and — to judge from the cadavers racked up — usually unwise. (“Would you kill me when you get tired of me ?” Rina asks Lanzetta at one point to which he replies wearily, “Honey, I’m tired of you now”.) None of the killings have any passion behind them, and even the granite features of Henry Silva become recognizably human in a part that depends more on awkward bemusement than cool expressions of blood lust. The camera makes almost as much sport of Antonia Santilli’s body as Silva and various members of Cocchi’s gang do — and her weird verbal exchanges with Silva project both characters into an intriguing contest of competing amoralities regrettably cut short by the murderous demands of the plot, which appear to dictate at least one brutal slaying every ten minutes. Crisply cut in a few action sequences, Murder Inferno generally looks as conventionally nondescript as it’s supposed to, and any statement it makes about the Mafia genre comes exclusively out of the corners of its mouth; but what this statement says is a lot more lethal and cynical in its implications than anything offered in Claude Chabrol’s Nada. And funnier, too. 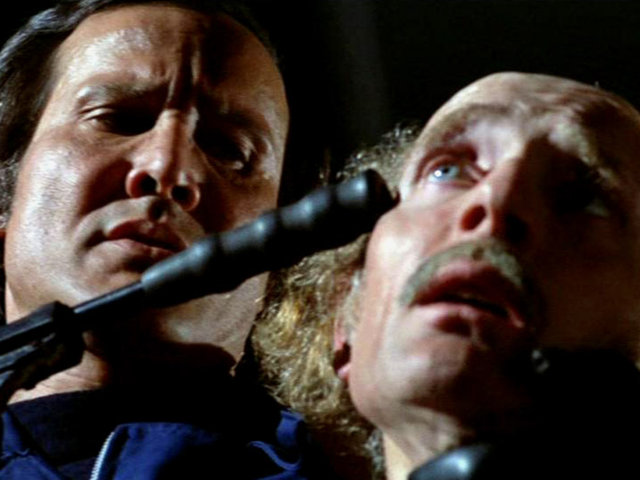