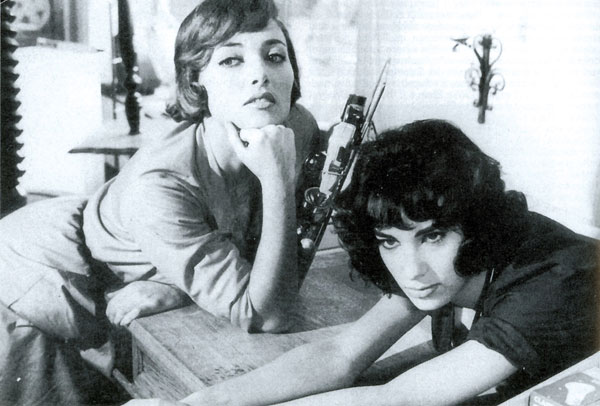 There’s something approaching a consensus, shared by the filmmaker himself, that the best of Claude Chabrol’s early features is Les bonnes femmes (1960), his fourth. Yet the film was a box office flop when it first appeared, widely attacked in France and elsewhere for being ugly, misanthropic, and cynical. And it might be fair to say that this response wasn’t so much superseded as reinterpreted in the years to come. For Les bonnes femmes is probably Chabrol’s most pessimistic work, harping relentlessly on vulgarity, boorishness, and cruelty. Focusing on four young woman who work from nine to seven at an electrical appliance store in Paris, the film offers a definitive look at what they want from life and how poorly they fare in their aspirations — culminating in a remarkable, ambiguous final sequence set in a dancehall, leaving everything up to the audience’s troubled imagination, about another young woman who isn’t identified at all dancing with an equally unidentified stranger.

Jane (Bernadette Lafont), the shopgirl who visibly expects the least from life, goes out carousing with a couple of men in an early sequence and virtually gets raped. Rita (Lucille Saint-Simon) looks forward to marrying her doltish fiancé who mercilessly coaches her to speak about Michelangelo when she meets his parents for lunch. Ginette (Stéphane Audran) sneaks off nightly to sing sappy songs in a black wig at a music hall, until her coworkers turn up one night and recognize her, thereby shattering her private identity. And Jacqueline (Clotilde Joano), the most self-contained and idealistic of them all, secretly in love with a stranger named André (Mario David) who silently follows her, finally meets him and goes off with him to the country on his motorbike, where he promptly strangles her to death. 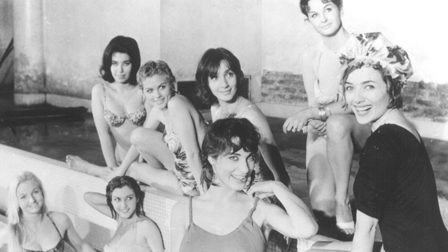 If all that interested Chabrol and his screenwriter, the late Paul Gégauff was harrowing the viewer with grimness about the human condition, then this movie might have been the horror show its detractors claimed. Admittedly, Jacqueline’s fate is only the last of a string of deflating narrative stripteases that rhyme with a literal early striptease in a nightclub. An earlier one reveals that the personal fetish of an older woman in the shop is a handkerchief soaked with the blood of a guillotined sex murderer, treasured since her girlhood. Yet it’s significant that Jacqueline meets André only after he saves her from the “prank” of being pushed underwater repeatedly at an indoor swimming pool by the same two men who date-raped Jane at the beginning — a sequence showing that the difference between joking and killing, or between banal horror and ultimate horror, is sometimes only one of degree.

It’s worth adding that the creepy-lyrical sequence of Jacqueline’s murder in the woods was in effect reprised as the grand climax of Rainer Werner Fassbinder’s 13-part miniseries Berlin Alexanderplatz (1980) — not as a facile piece of Hitchcockian irony but as a piece of tragic fatalism, more relevant to the detached viewpoint of a Fritz Lang. 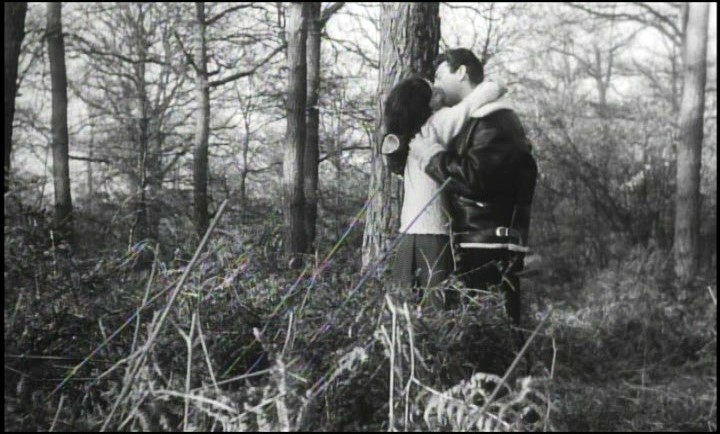