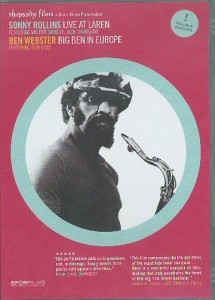 The essential value of this film made for Dutch TV — a non-nonsense recording of the Sonny Rollins Quintet performing four numbers at the “International Jazzfestival” at Laren in August 1973 — is the music itself, and the unusual courtesy with which it is treated by the film-makers. Apart from a few brief pans across enthusiastic members of the audience, all the action is centered on stage, and the various angles caught by the two cameramen — each of whom is occasionally glimpsed in footage shot by the other — are all admirably related to a direct appreciation of the music, with none of the attempts to pump up excitement artificially that infect most jazz films, from St. Louis Blues (1929) to Jammin’ the Blues (1944) to Jazz on a Summer’s Day (1959). Rollins, playing very close to the top of his form in recent years, begins “There Is No Greater Love” with one of his imaginative a capella intros before launching into the theme in medium tempo; serviceable solos follow from Matsuo [guitar], [Walter] Davis [Jr.] [piano] and [David] Lee [drums], and then a rousing return by the leader, improvising with unflagging energy before resuming the theme and ending with one of his Byzantine free-form cadenzas. Briefly introducing the band members, he proceeds with an infectuous calypso, “Don’t Stop the Carnival” — developing a riff by ending each phrase with a sustained note while exploring an anthology of ways of leading up to it — which unravels as a continuous solo. Then come two of his best compositions — his memorable theme from the unmemorable Alfie, with solos by Rollina, Matsuo and Davis, and four-bar exchanges between Rollins and Lee in which the former characteristically usurps some of the latter’s territory inn an overflow of asymmetrical invention; and his ‘West Indian’ classic “St. Thomas”, performed as an encore, an all-Rollins number shot with a barrage of his inimitable tonguing attacks — sardonic, percussive volleys of notes spring forth like pellets — and generally featuring his most swinging playing in a very spirited set, with creative punctuation from Davis. The group plays quite cohesively throughout, with Matsuo providing unobtrusive support, [Bob] Cranshaw’s Fender bass standing in without difficulty for his usual double bass, Davis tight and crystal-clear on a well-tuned Steinway Grand, and Lee playing with a low-flame intensity that carries Rollins like a thin layer of grease in a simmering skillet; the film ends unceremoniously on his abandoned drum set. 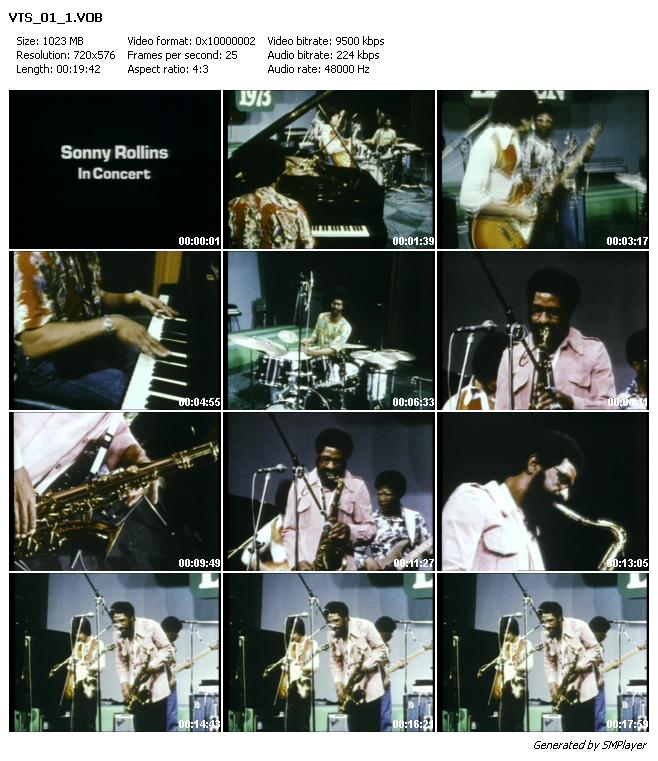