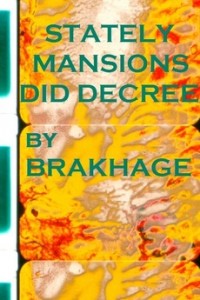 I was slow to appreciate the multifaceted greatness of the late Stan Brakhage, this country’s major experimental filmmaker, in part because he and some of his supporters originally presented his work in terms so grand they seemed to split his audience into believers and atheists. This memorial screening of ten Brakhage films, the prints of which were all loaned by local enthusiasts, extends from Desistfilm (1954) to Stately Mansions Did Decree (1999), and though it omits two of my favorites from his middle period — The Act of Seeing With One’s Own Eyes (1971) and Scenes From Under Childhood (1970) — it offers a useful 75-minute survey for people unacquainted with his work. For me the real revelations are the 90s films: the breathtaking The Chartres Series (1994), the self-avowed “last testament” Commingled Containers (1996), which marked Brakhage’s return to photography after years of painting directly on celluloid, and the literally dazzling Stately Mansions Did Decree. All three exhibit the same painterly brilliance found in his Ellipses Reels 1-4 (1998), and taken as a whole they suggest an overall development from chamber pieces to grand orchestral works. Completing the survey are Mothlight (1963), Door (1971), The Riddle of Lumen (1972), The Roman Numeral Series III (1980), Egyptian Series (1983), and I…Dreaming (1988), the latter one of his rare sound/image experiments. Audience members who knew Brakhage will be invited to offer their thoughts and memories, and Brian Frye’s recent two-minute portrait, Encomium, will be shown as well. Admission is free. Chicago Cultural Center. 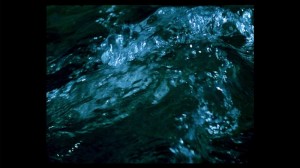