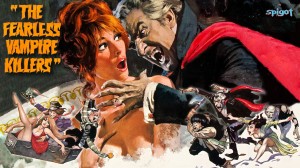 Subtitled Pardon Me, but Your Teeth Are in My Neck, and also known as Dance of the Vampires, Roman Polanski’s macabre send-up of the vampire movie (1967, 108 min.) never got a fair shake in this country, because it was originally released in a mutilated and redubbed version that tended to flatten many of the film’s eastern European nuances and ironies (if memory serves, a few of the kinkier gags were lopped off as well). A comic duo composed of a bumbling professor (Jack MacGowran) and his awkward assistant (Polanski) go after a family of Transylvanian vampires, and the film amiably runs through all the standbys associated with vampire movies, putting a personal and goofy spin on most of them. Sharon Tate also appears, at her most ravishing. (JR) 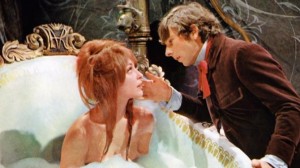