The Lovers of Pont-Neuf 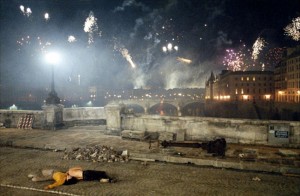 This 1992 French feature by Leos Carax (Boy Meets Girl, Bad Blood) could be the great urban expressionist fantasy of the 90s: like Sunrise and Lonesome in the 20s and Playtime and Alphaville in the 60s, it uses a city’s physical characteristics to poetically reflect the consciousness of its characters. Carax daringly and disconcertingly begins the film as a documentary portrait of the homeless in Paris, but it becomes a delirious love story between two people (Denis Lavant and Juliette Binoche) who live on one of Paris’s most famous bridges and experience the whole city as a kind of enchanted playground, a vision that reaches an explosive apotheosis during a bicentennial fireworks display over the Seine. To realize his lyrical and monumental vision, Carax built a huge set in the French countryside that depicted Pont-Neuf and its surroundings, making this one of the most expensive French productions ever mounted. So the film seems an ideal subject for a lecture by former Chicagoan Stuart Klawans, film critic for the Nation and author of Film Follies: The Cinema Out of Order, a new book with a witty and highly original sense of film history. The Lovers of Pont-Neuf is Carax’s best work to date; it’s slated to open here commercially later this year. Film Center, Art Institute, Columbus Drive at Jackson, Thursday, February 4, 6:00, 312-443-3737. 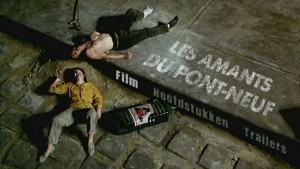