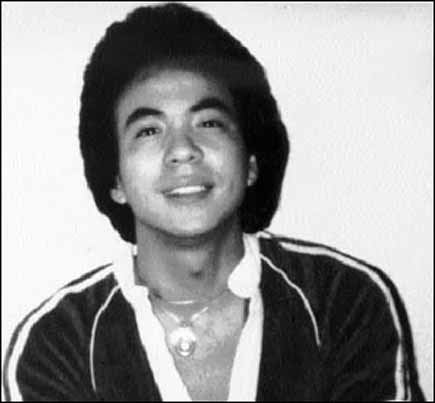 Item: The December 22, 1941, issue of Life magazine features a two-page spread headlined “How to Tell Japs From the Chinese: Angry Citizens Victimize Allies With Emotional Outburst at Enemy.” It begins: “In the first discharge of emotions touched off by the Japanese assaults on their nation, U.S. citizens have been demonstrating a distressing ignorance on the delicate question of how to tell a Chinese from a Jap. Innocent victims in cities all over the country are many of the 75,000 U.S. Chinese whose homeland is our stanch ally. So serious were the consequences threatened, that the Chinese consulates last week prepared to tag their nationals with identification buttons. To dispel some of this confusion, Life here adduces a rule-of-thumb from the anthropometric conformations that distinguish friendly Chinese from enemy alien Japs.” Around this text and the two paragraphs that follow are four large photographs with inscriptions that attempt to spell out distinguishing characteristics of Chinese and Japanese physiognomies and body types.

Item: In 1982 in Highland Park, Michigan, Vincent Chin, a 27-year-old Chinese auto engineer, got into a fight with Ronald Ebens, a somewhat older Caucasian autoworker, in a topless bar called the Fancy Pants.… Read more » 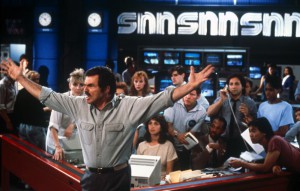 The fourth and least successful movie version — after Lewis Milestone’s (1931), Howard Hawks’s (1940), and Billy Wilder’s (1974) — of Ben Hecht and Charles MacArthur’s by now overrated farcical play The Front Page. In fact, by following Hawks’s His Girl Friday in making the leading character a woman, this updating by screenwriter Jonathan Reynolds and director Ted Kotcheff qualifies as a remake of a remake. The setting is now a cable news network instead of a big city newspaper, and there are many smaller substitutions (e.g., a copy machine in place of a rolltop desk). But despite a lot of overstrenuous efforts, the grafting of an 80s context onto a 40s adaptation of a play from the 20s mainly adds up to incoherence; the original’s treatment of journalistic behavior and ethics isn’t so much rethought as clumsily transposed, depriving it of any polemical bite and placing it miles away from the knowing details of Broadcast News. Burt Reynolds, Kathleen Turner, and Christopher Reeve are the leads; Henry Gibson is the hapless victim slated to die in the electric chair; and Ned Beatty is the corrupt politician who wants him to fry.… Read more »