A Few Words on Behalf of Uggie

Okay, even though I’ve refused to place The Artist on any of my lists of end-of-the-year favorites, I’ve just finished reseeing it, and I have to admit that if I were a member of the Academy and could offer write-ins, Uggie the dog would be somewhere near the top. 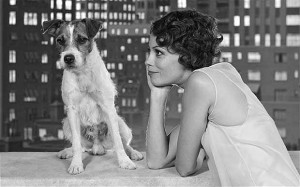 Let’s be frank: we all have different thresholds when it comes to shameless bids for our affection, and these thresholds are invariably matters of taste. While I haven’t been able to forgive The Artist for pilfering and then brandishing a sizable chunk of Bernard Herrmann’s Vertigo score near its closing stretches to impart a sense of tragedy — even after I’ve forgiven Michel Hazanavicius for all his other outrageous breaches of period and silent movie syntax (in short, his diverse and mutifaceted ahistorical outrages), not to mention his abject appropriations of diverse narrative chunks from Singin’ in the Rain, A Star is Born, and Citizen Kane – I’m still periodically won over by some of his audiovisual ideas as acts of audacity and stylistic flourishes in their own right.

Above all, I’m flabbergasted by the performance of Uggie the dog, mutt extraordinaire, which has got to be one of the best canine turns in the history of cinema. Even if I’ve never seen any of the Rin Tin Tin features or more than a handful of the various Lassies, and notwithstanding the undeniable pizzazz of Cecil Hepworth’s Rescued by Rover (1905), Uggie is surely and plainly more deserving of an Oscar nomination than any other individual associated with The Artist, including the diverse Douglas Fairbanks and Gene Kelly impersonations of Jean Dujardin and the undeniable technical polish of Hazanavicius. Who would deny that Uggie offers the richest and most colorful character, not to mention a better action hero than Dujardin? But despite all the lies that we dutifully repeat to ourselves and to each other, we can’t allow ourselves to forget that Academy Awards are commercials tactically launched by tycoons to garner profits (theirs, not ours) rather than serious recognitions of merit (ours as well as theirs). Which is why Uggie isn’t, can’t be, and won’t be eligible for a nomination — unless, that is, one or more tycoons decides to change the rules. [12/17/11] 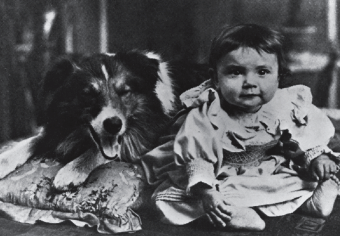