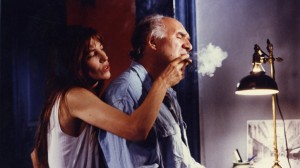 Jacques Rivette’s alternate version of La belle noiseuse (1991) — running only a little over half as long (at 130 minutes) — uses alternate takes to tell basically the same story, though it and begins and ends somewhat differently and its tone is much lighter and more brittle. Freely adapted from Balzac’s story The Unknown Masterpiece, the film concerns a once-famous, long-inactive painter (Michel Piccoli at his best), living in the country with his wife and former model (Jane Birkin, ditto), who’s inspired to reembark on his most ambitious painting by the mistress (Emmanuelle Beart) of a young painter and admirer who comes to visit him. For all its limitations as a depiction of the way artists work, the longer version owes much of its power to its sense of duration, which ultimately brings one closer to the characters; this snappier, slicker version, more fluid as storytelling, has plenty of virtues of its own, but it’s less likely to linger as long in the mind. Both versions can be read as a sort of apologia on Rivette’s part explaining why he’s backed away from the obsessive intensity of his 60s and 70s work. But he’s still a master, and even this relatively minor effort shows why. (JR) 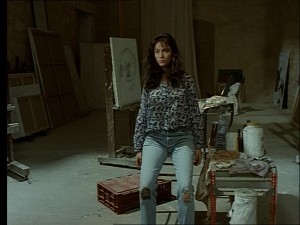 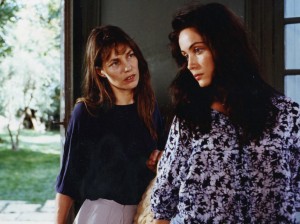