From American Film (April 1977). I got this assignment because I had just left two and a half years of London employment at the British Film Institute when I wrote it, so that I had been directly involved in some of the events described, having prepared the U.K. pressbook for Celine and Julie Go Boating, written about the Edinburgh Film Festival’s Screen events for Sight and Sound, and also written the programme notes for the National Film Theatre’s Altman retrospective.

For better and for worse, I suspect that the main interest of this piece today, 43 years later, is as a time capsule. -– J.R.

It sounds like hyperbole, but London seems well on its way toward becoming a livelier haven for “serious” film buffs than New York City. How did it happen? After all, the world’s third largest city has never seemed like the most bustling of movie towns.

Despite the celebrated resources of the British Film Institute and the prestige of some of the film schools, theater has always had a much firmer grip on the cultural life here; a casual look at any of the three television channels will prove it. This fact hasn’t been altered in the slightest by what’s been happening lately within the filmgoing community — a sharp increase in activity.

Consider some of the evidence. Over the past few months, two of England’s more enterprising distributors have opened adventurous new movie theaters in the West End. Former critic Derek Hill took over a soft-core sex cinema in Soho and converted it, in his words, “from tart house to art house.” The Essential Cinema has been offering such diverse pleasures as Orson Welles’s F for Fake, George Franju’s Shadowman, and James B. Harris’s much-neglected Some Call It Loving. 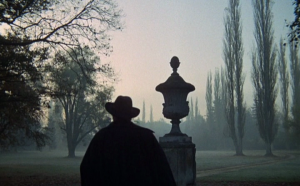 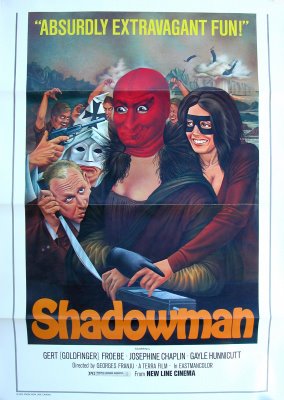 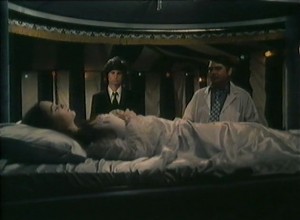 Five minutes away, an energetic distributor of independent and political films has launched an even more ambitious experiment. The Other Cinema has been juggling everything from Eisenstein to Sergio Leone (two or three features a day) and weekend discussions or special events with concurrent premieres. It also featured exclusive runs of Kevin Brownlow and Andrew Mollo’s Winstanley, Joris Ivens and Marceline Loridan’s How Yukong Moved the Mountains (a massive, twelve-and-a-half hour documentary about China, split into flve separate programs, which has been especially popular), and Jean-Luc Godard’s innovative Number Two — three exceptional films which have yet to attract the eye of any American distributor. 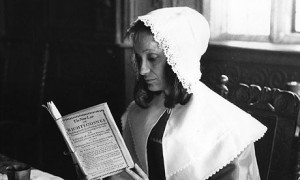 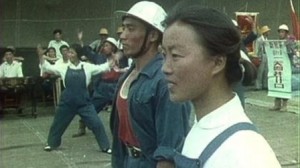 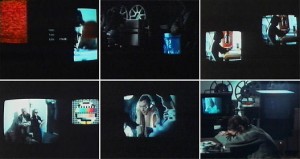 The new sort of action comes in all shapes and sizes. There’s the Independent Filmmakers’ Association created last year, and the steady growth of the London Filmmakers’ Co-operative, which is about to move into new premises, a huge, railway building in Camden Town. The Co-op, which has owned 550 films since 1966 and has been offering workshop facilities to more than a hundred filmmakers at a cost of £5 a year, has recently tripled its public screenings from one to three a week. 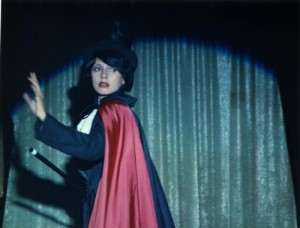 On a very different front, there’s the case of Jacques Rivette’s delightfully original Celine and Julie Go Boating, a three-and-a-quarter-hour, crazy-quilt comedy that was the popular favorite at the New York Film Festival in 1974. David Thomson has labeled it “the most important film made since Citizen Kane,” but it has received no distribution in the United States, where an “all or nothing” attitude has become increasingly dominant in the film business over the past few years. Last fall, with the help of the British Film Institute, Contemporary Films opened Rivette’s movie with a bang at two London cinemas and half a dozen Regional Film Theatres in the United Kingdom, from Brighton to Glasgow. Despite a sharply divided critical response, the film was a resounding success, running for a full two months in Chelsea alone.

South of the Thames, a record number of more than eighty selections were shown at the last London Film Festival, not long after the two auditoriums of the National Film Theatre completed simultaneous and virtually exhaustive retrospectives on Howard Hawks and Yasujiro Ozu. The NFT, of course, has long been catering to a wide audience that is clearly distinct from those who frequent the West End cinemas: To cite one salient example, Robert Altman’s films have seldom done well in England, but the NFT’s Altman season in 1975 had so many sellout performances that it was repeated a few months later, with comparable results. 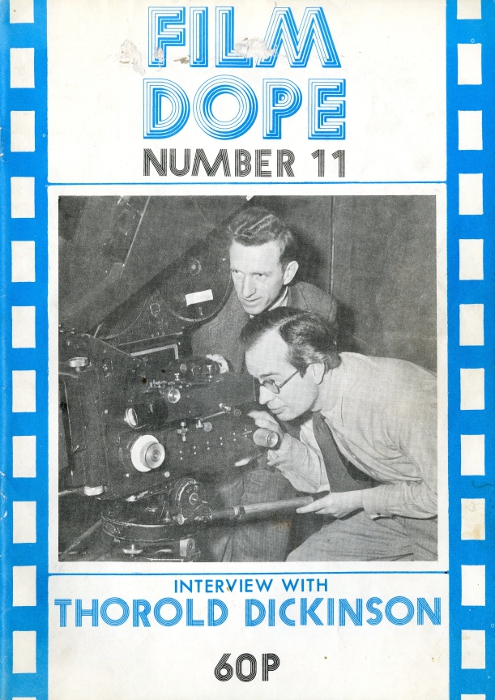 Still another trend is the proliferation of new film magazines. From the careful documentation of Film Dope to the resurrection of the auteurist, Hollywood-oriented Movie to the semiological and ideological concerns of Screen and Framework, one travels a fairly dizzying range. But it’s still not sufficiently wide to encompass Afterimage, Enthusiasm, Monogram, Screen Education, and several others. All these publications depend on grants from the British Film Institute, whose editorial department has been producing Sight and Sound, Monthly Film Bulletin, and a recent series of paperback monographs under its own steam. And a complex, highly polarized debate that has been raging through the BFI for some time — equally visible, in one form or another, in most of the publications — goes a long way toward describing some of the recent developments. 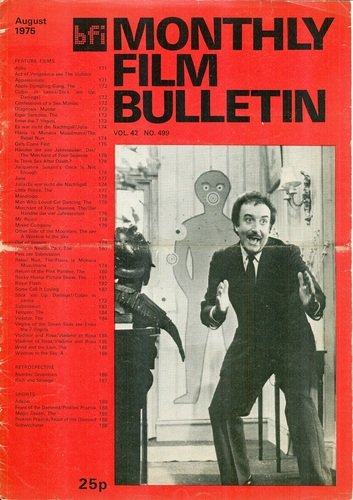 One way of focusing on part of this debate might be to bring up the whole question of Screen. A great deal has already been written about the difficult terminology, sticky prose, and often alienating stances of the magazine as it has forged its way into the rarefied areas of structuralism, semiology, Althusserian Marxism, and Lacanian psychoanalysis; less has been said about its actual achievements.

An especially unfortunate distortion cropped up in the tabulation of a survey on English film tastes that I recently conducted for Film Comment. lnadvertently, the implication was left that Screen‘s “favorite films” included and Penthesilea and The Nightcleaners –– two highly specialized avant-garde films which have been discussed in that magazine only within very circumscribed contexts . 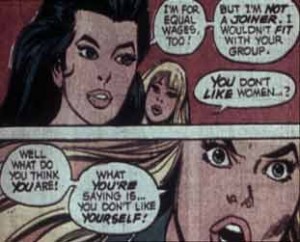 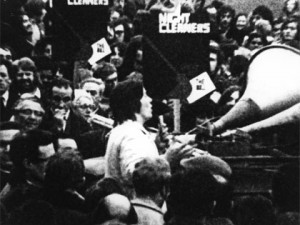 Part of the problem is that Screen, far from wanting to establish any sort of pantheon, is interested in questioning the whole institution of “film” on every level: how films are conceived, financed, executed, distributed, shown, seen, understood, discussed, and assimilated. Thus, the very notion of any list of favorites is part of the “institution” that Screen is challenging. The most common form of objection to this is that “movies are fun,” hence inimical to any overly rigorous kind of intellectual analysis; Screen‘s response is that fun (or pleasure, to revert to one of its own terms) is worth analyzing in detail p0recisely because it is central to most film experience.

Without denying that there are arguments to be made on both sides, I would suggest that it is more helpful to separate the wheat from the chaff in Screen than to attack or embrace the magazine as a whole. Skeptical readers who’d like to see what this periodical can do at its best might profitably spend some time with Stephen Heath’s intriguing essay, “Narrative Space,” in the Autumn 1976 issue. It’s a relatively lucid article leading one all the way from a sequence in Hitchcock’s Suspicion back to the earliest silent films, ultimately reaching the rules of Renaissance perspective. Before proceeding forward again to the contemporary cinema, it maps out precise aspects of the actual process of watching a film each step of the way. Filmgoers who feel that such a trip hardly seems necessary need not apply; others may feel that a great deal is illuminated. 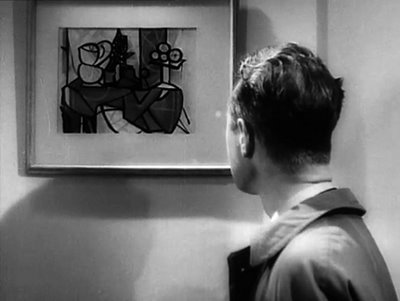 lf Screen can be said to represent one extreme in the debate — a position also occupied by the Edinburgh Film Festival and its annual publications — the other extreme can be found in the pages of the February-March NFT program guide. Introducing a season of assorted films entitled “Re-View,” deputy program director Brian Baxter writes, “There is a highly suspect theory (currently quite modish and –- therefore — one hopes soon to disappear) that people who go to movies need to be firmly led down narrow paths. Also that they like to see the films in structured packages. ”

Baxter later adds, a bit ominously, that “the independent spirit may be frowned upon by beetle-browed Stalinists and certainly mistakes may be made. However, occasional errors are a small price to pay for having a mind of one’ s own. ”

To make matters more complicated, the BFI is itself currently split between departments veering closer to Screen‘s position-notably the Film Availability Service, the Production Board (which subsidizes a certain amount of independent filmmaking) and, to a lesser extent, the Educational Advisory Service –- and those that generally tend to stick closer to Baxter’s viewpoint, like the NFT, Editorial, and Information and Documentation. Obviously, the issues involved in each department are not always the same; but varying forms of the debate seem to be cropping up everywhere.

Things are occasionally made even more muddled by the subtle crossovers. The year after Screen presented a conference on “Brecht and the Cinema” at the Edinburgh Film Festival, the NFT put on a Brecht season which included many of the same films, devoid of Screen‘s contexts and without acknowledgment. On the other hand, an informative article about films from China in the current Screen was made possible by a recent season of these movies at the NFT.

The disadvantage of a small film community is that it can quickly become ingrown; the advantage is that even opponents are eventually bound to learn something from one another. Either way, it is a part of the London film scene which helps to keep the atmosphere alive and snappy.