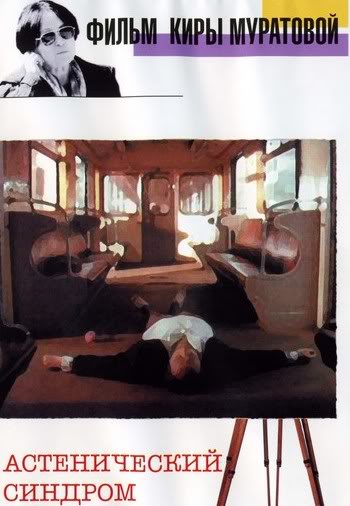 A great movie (1989), but not a pleasant or an easy one. Directed by the transgressive Kira Muratova in her mid-50s, it has been rightly called the only “masterpiece of glasnost,” though it was banned by the Russian government for obscenity. Beginning as a powerful black-and-white narrative about a middle-aged woman doctor in an exploding, aggressive rage over the death of her husband (who resembles Stalin), the film eventually turns into an even more unorthodox tale in color about a schoolteacher (cowriter Sergei Popov) who periodically falls asleep regardless of what’s happening around him. (The title alludes to a form of disability that encompasses both the doctor’s aggressiveness and the schoolteacher’s passivity.) Though this tragicomic epic has plenty to say about postcommunist Russia, it also deals more generally with the demons loose in today’s world. It may drive you nuts — as it was undoubtedly meant to — but you certainly won’t forget it. In Russian with subtitles. 153 min. (JR)