From the Chicago Reader (October 1, 1994). This film is available on a wonderful two-disc DVD release in Canada, Driver X 4: The Lost and Found Films of Sara Driver (see below), which includes (full disclosure) an extended interview with Driver about this film that I conducted in Ron Mann’s office in Toronto. — J.R. Sara Driver’s principal films are surrealist works whose images tend to linger like half-remembered dreams. The ferocious You Are Not I (1982), adapted from a Paul Bowles story, unfolds inside the mind of a schizophrenic; the much gentler Sleepwalk (1986) is a dreamlike fairy tale set in lower Manhattan. The still gentler When Pigs Fly (1993) — set in an east-coast port town, though filmed in Gemany — is a whimsical ghost story inspired by Topper. If the tone seems light, the images, filmed by the great Robby Muller, nevertheless persist. The hero, beautifully played by Alfred Molina, is a sweet-tempered jazz musician who subsists mainly on the money he earns from giving music lessons and is sustained by the companionship of a dog (whose jazz-inspired dreams, rendered by Driver in full, are as lyrical as the hero’s). Some of the action takes place in a shabby Irish pub lorded over by Seymour Cassel, and when a barmaid gives Molina’s character an old rocking chair, he inherits a pair of ghosts (Marianne Faithfull and child actress Rachel Bella) along with it. Written by Driver and novelist-playwright Ray Dobbins, this is a sweet mood piece that, like some English comedies, is driven more by character than by plot. The music is mainly by Joe Strummer; but Faithfull does a lovely rendition of Danny Boy, and Driver works wonders with Thelonious Monk’s Misterioso. (JR) 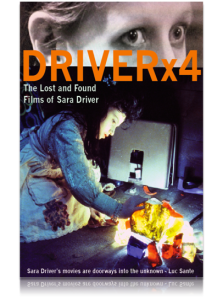