Directed for Comedy Regency, through October 17 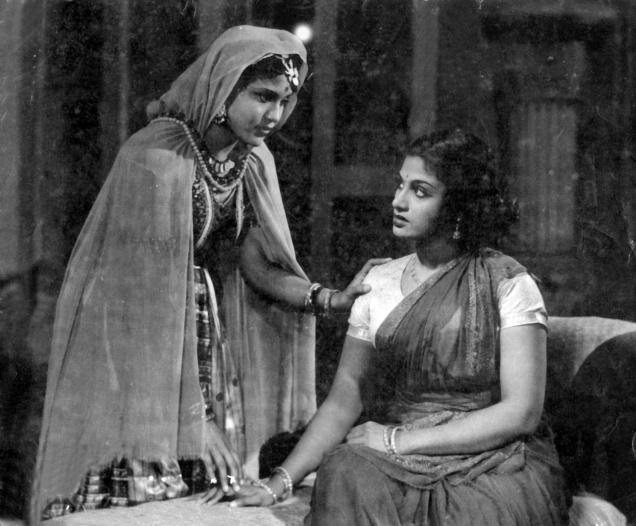 AUGUST 7: The first movie I see for this column isn’t a light comedy, but it sure puts me in a sunny mood. The prospect of a three-hour Indian film in Temil with no subtitles is a little off-putting, I would say -– wouldn’t you? On my way into the sparsely populated auditorium of the Museum of Modern Art this afternoon, I hear not one but two separate senior citizens crack jokes about what a nice opportunity this is for a nap.

And yet, just as Indian film buff Elliott Stein has predicted, I have surprisingly little trouble following the plot and action of Chandralakha (1948). The quaintly illusionistic charm of a black-and-white movie like this, about a good and bad brother vying for the throne in a mythical kingdom – with a large palace protected by a drawbridge –- is part of its primal pull from the beginning.… Read more »

Some genres are a lot more elastic than others. Our notions of what a Western or a musical consists of are reasonably firm. But thrillers tend to be all over the place, overlapping at various times with crime films, adventure films, heist films, noirs, mystery stories, spy stories, melodramas, and even comedies, period films, and art movies —- to propose a far from exhaustive list.

In order to demonstrate this overall versatility, I’ve come up with 18 recommended titles that I’m listing and briefly describing below, in alphabetical order. A dozen are in English, three are in French, and one apiece is in German, Italian, or Japanese. All but two are currently available on DVD, although in at least one case you’ll have to go beyond American sources in order to acquire it. And ironically, the two that are unavailable are both Hollywood classics —- one more indication of the degree to which some of the major studios and/or the inheritors of their treasures still don’t have a very clear idea of what they possess and keep out of reach.

Our Girl in Burma 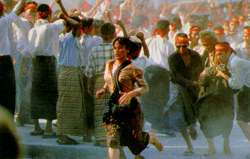 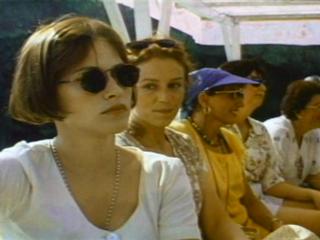 Reviewing Salvador Dali’s autobiography half a century ago, George Orwell wrote that Dali “grew up in the corrupt world of the 1920s, when sophistication was immensely widespread and every European capital swarmed with aristocrats and rentiers who had given up sport and politics and taken to patronizing the arts. If you threw dead donkeys at people, they threw money back.” Offended by the sort of sophistication that he associated with mindless tolerance, Orwell recorded his own puritanical outrage at the brutal shenanigans of Dali and his apologists: “It will be seen that what the defenders of Dali are claiming is a kind of benefit of clergy. The artist is to be exempt from the moral laws that are binding on ordinary people. Just pronounce the magic word ‘art’ and everything is OK. Rotting corpses with snails crawling over them are OK; kicking little girls on the head is OK; even a film like L’age d’or is OK.”

Unfortunately, Orwell hadn’t seen Buñuel’s 1930 masterpiece and had been misinformed about it; it’s subsequently been demonstrated that, contrary to popular belief, Dali had little to do with it.… Read more »