“Sad!”: Why I Won’t Watch Antichrist

My refusal to watch Lars von Trier’s Antichrist (2009), even after Criterion   generously sent me a review copy, isn’t a position I arrived at suddenly or lightly. Even though the film premiered the year after I retired as a weekly reviewer, thus obviating any possible professional obligation, my decision wasn’t only based on the near-certainty that I would hate it — which, after all, hadn’t prevented me from twitching all the way through The Passion of the Christ five years earlier. Nor was it founded on any conviction that von Trier is devoid of talent, a conviction I don’t have.

Trying retroactively to account for my steadfast refusal to see the film, arrived at eight years ago, I can only take the blatantly ahistorical, illogical, and quintessentially Trieresque tack of citing a remark of his quoted in the Guardian only six months ago. It concerns his latest project (I won’t assist his ad campaign by mentioning the title) — a feature about a serial killer (natch) that takes the serial killer’s viewpoint (ditto). It’s a film, he says, that “celebrates the idea that the life is evil and soulless, which is sadly proven by the recent rise of the Homo trumpus —the rat king.”[1]  That’s von Trier in a nutshell: a depressive who hopes to tarnish even our shared hatred of Donald Trump by “celebrating” the philosophical postulate that we had no role in creating or empowering him and have no political way of getting rid of him. We’re automatically let off the hook and then invited to remain (and be entertained) as passive spectators. Trump is simply and ineluctably a fact of nature, the clenching proof that the cosmos is innately soulless and evil regardless of what we might say or do about it or about him. As one of the few Jewish defenders of William Styron’s Sophie’s Choice for its powerful grasp of bipolar dynamics, which I’ve experienced in my own family, I’m not knocking von Trier for being a manic depressive, only for what he does with it. Of course his defenders might counter that his use of the word “celebrates” is a form of irony — caustic wit. If that’s the case, forgive me for not laughing or sharing in the benefits of his amused cynicism. It’s a perfect case of the Trump calling the kettle black, and the cinema of Lars von Trier is chock full of such glibness. Even the meaning of “sad” (as in “sadly proven by,” above) in his fractured lexicon —suggesting in some ways that what’s sad is also worthy of celebration, or at the very least a very spirited public denunciation that functions in part as promo—sounds pretty close to certain Tweets of the rat king. And there’s no such thing as bad publicity.

I haven’t always had these reflexes in relation to von Trier. In 1992, I labeled his Zentropa “the most exciting failure to come along in ages,” even after deciding that its formidable technique overwhelmed its theme and characters. And being intoxicated by its own sense of hyperbole, I concluded that “As history Zentropa may be bunk, but as a comic nightmare about the present it gnaws at the imagination and ravishes the senses; it might even be said to live.” My subsequent encounters with Medea (1988) and Breaking the Waves (1996) were comparably ambivalent, even if my opinion of the filmmaker himself steadily plummeted as I saw the postmodernist hash he was making out of my favorite filmmaker (and his alleged role model) Carl Dreyer in both. Medea claims to be based on Dreyer and Preben Thomsen’s unrealized screenplay adapting the Euripides tragedy, but reading the Dreyer text is all that’s needed to expose von Trier as something of a con artist. 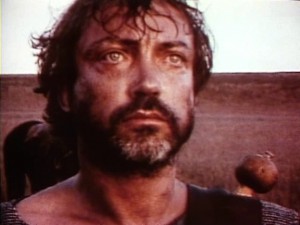 His opening title reads, “This is not an attempt to make another ‘Dreyer film’, but rather a personal interpretation which treats the material with due respect and pays homage to a great master.” Due respect? The Dreyer-Thomsen script dictates that the film open in “a circular arena, fenced in by a low stone wall and surrounded by green meadows,” backed by “a slope toward the sea that is not as yet visible”; it’s to be entered by a chorus “dancing with rhythmical, stylized movements to the accompaniment of recorders, string instruments, and kettledrums.” The leader is a veiled woman in black who exposes a face “which is luminous white, as white as chalk” before she delivers the opening speech, punctuated by the chorus’s lamentation. Von Trier “adapts” this by eliminating the arena, the stone wall, the green meadows, the musical instruments, and the entire chorus, lamentation included, and reducing the opening lines of the soliloquy — all that he bothers to include — to another printed title. Skipping a couple of other scenes, he then provides us with an opening of his own invention. No less crucially, Dreyer’s radical feminism and his concern for women’s suffering get trampled under by all the distractions of von Trier’s three-ring circus, finally settling on Jason’s death throes in the final shot rather than on Medea herself.

For Breaking the Waves, he asked Emily Watson to study both Renée Falconetti in La Passion de Jeanne d’Arc and Giulietta Masina in Fellini’s La strada, ignoring the grotesque incompatibility between these two styles of intense female suffering, thereby suggesting that von Trier’s positioning himself as “the new Dreyer” was rather like Tarantino positioning himself as “the new Godard.” But truthfully, the two moments that cinched my contempt for him as a thinker and an artist (as well as my admiration for his uncommon skill as a self-promoter) came in 1995 and in 2000, with the launching of Dogme 95 at the Cannes Film Festival and then with the release of Dancer in the Dark five years later. Seeing the immediate effect of Dogme 95 as a sales pitch and buzz word on a prominent Variety reviewer, who suddenly became interested in Danish cinema for the first (and possibly last) time, I quickly realized how well von Trier had absorbed the lessons of the New German Cinema, in which the cult of personality and the thrill of sado-masochism could almost take the place of (and thus eliminate the need for) aesthetics and politics, even while it pretended to brandish both of the latter proudly on its sleeve. (Please excuse the exaggeration here; von Trier’s brand of jive is contagious.) I realize that there are still some cinephiles who regard Dogme 95 as an honest-to-Pete aesthetic and philosophical manifesto and not as a marketing strategy, ignoring that as far back as 2000, official Dogme Certificates were being sold in Denmark for roughly $1,000 apiece — presumably as a counterpart to another source of von Trier’s income, his ongoing career as a producer of porn movies  (which has also been widely ignored — or else defended as politically correct because they’re largely targeted at female viewers). If only these defenders had anything of interest to say about this supposedly groundbreaking vow of technical chastity, quickly abandoned by von Trier himself, I might have taken it more seriously. But technical chastity isn’t his forte. 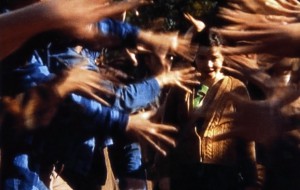 As for Dancer in the Dark, apart from acknowledging that a few non-Americans have mounted intriguing arguments about the value of von Trier’s ersatz version of the U.S. as a sort of global preserve, I’m confronted, as a lover of musicals, by the mediocrity of the songs and dancing, and as a refugee from Alabama, by the fact that when Catherine Deneuve asked to be cast in the film, she was rewarded with a part originally conceived for a poor black woman. Meanwhile, von Trier’s talent for both overkill and hype yielded the alleged use of 100 stationary digital cameras for one lousy musical number and no less than 34 wounds inflicted with a gun and a money box by the blind heroine (Björk) on her cop landlord, although I can’t imagine that 34 digital cameras and 100 flesh wounds would have produced significantly different results. Antichrist isn’t the only von Trier film I’ve passed up; I’ve also stayed away from  Manderlay (2005) and the second part of Nymphomaniac (2014), although this was mainly out of fear of further boredom rather than the fear of further torture  that the plot summaries of Antichrist promised. On the other hand, I was mainly bored by The Idiots (1998), Dogville (2003), and Melancholia (2011), apart from a few pretty shots in the latter. As for Dogville, those who have called this blend of Brecht and Our Town anti-American may be overrating its ideological coherence. As in Breaking the Waves and Dancer in the Dark, the heroine (Nicole Kidman) suffers greatly, but whether this is at the hands of humanity or von Trier himself isn’t entirely clear. My favorite von Trier opus, the one I find most entertaining, is The Five Obstructions (2003), coauthored by Jørgen Leth. The fact that it’s both a comedy and a documentary owning up to von Trier’s sadism undoubtedly helps.