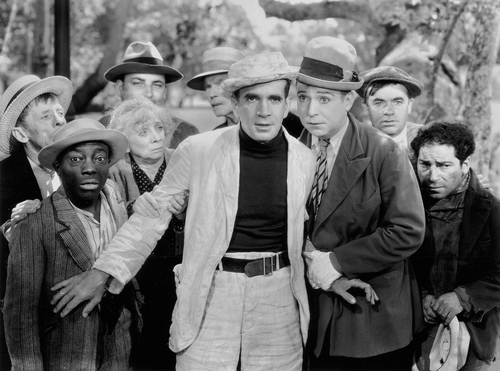 This eccentric and soulful anarcho-leftist utopian fantasy is probably the most underrated of all Depression musicals. Directed by Lewis Milestone in 1933 from a script by Ben Hecht and S.N. Behrman and with a score by Rodgers and Hart that features rhyming couplets, the film stars Al Jolson as a Central Park hobo who actually likes being homeless — until he falls in love with an amnesia victim (Madge Evans) who’s a former mistress of the mayor (Frank Morgan) and has to get a job to support her. The overall conception may owe something to Chaplin’s City Lights, released two years earlier, but the remarkable editing and mise en scene show Milestone at his most inspired and inventive. (There’s a parodic Eisensteinian montage cut to the syllables of “America” that has to be seen to be believed, and a tracking shot past muttering customers in a spacious bank is equally brilliant and subversive.) Harry Langdon is memorable as a Trotskyite who sternly lectures the hero, and Richard Day’s deco art direction is striking. Jolson’s most memorable numbers include the title tune and “You Are Too Beautiful,” one of the loveliest of all Rodgers and Hart ballads. Not to be missed. LaSalle Theatre, 4901 W. Irving Park, Saturday, August 31, 8:00, 904-5549. (JR) 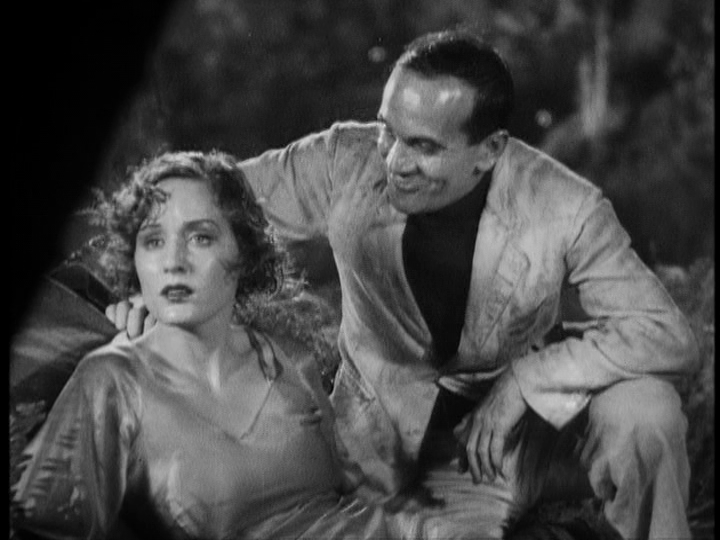