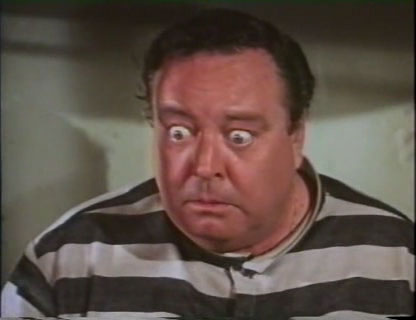 Otto Preminger took LSD before making this demented, vulgar 1968 screwball musical about hippies taking over the world, in which his own trip is re-created as Jackie Gleason’s. This isn’t exactly funny, and it’s the last Preminger film one would pick to convince a skeptic of his talent, but it’s fascinating throughout. The satirical plot pits hippies against corporate gangsters lorded over by someone named God (Groucho Marx in his last film performance), whom Gleason used to work for. The cast mainly consists of aging TV stars (Gleason, Marx, Carol Channing, Frankie Avalon, Arnold Stang) and Hollywood has-beens (Peter Lawford, Burgess Meredith, George Raft, Cesar Romero, Mickey Rooney, Fred Clark). Preminger’s celebration of the counterculture may be peculiar (Channing serves as the major go-between and, oddly enough, the sanest character), but it’s certainly sincere. Don’t miss the hallucinatory Garbage Can Ballet — the apotheosis of this cheerful garbage can of a movie — and the sung credits at the end. 98 min. (JR) 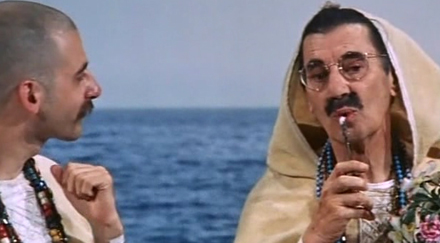