The Saint of Fort Washington 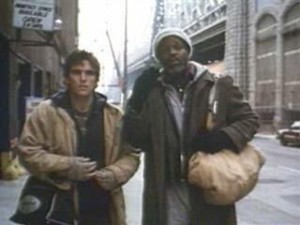 It would appear that many of my colleagues have been trashing this powerful and moving look at friendship among the homeless in New York — directed by Tim Hunter (River’s Edge) from a script by Lyle Kessler (Orphans) and starring Danny Glover and Matt Dillon at their rare best — simply because of its subject matter and authenticity; apparently, contemporary man-made tragedies are inappropriate topics for the big screen, unlike ghosts, dinosaurs, mythical serial killers, and former holocausts. But if epic grandeur is what you’re looking for, this movie gives you glimpses of the Fort Washington Armory, which currently shelters 700 people nightly, that recall the famous shot of the Confederate wounded in Gone With the Wind, and if noir finality is your meat, this movie tells you things about New York’s potter’s field that easily might have found their way into Pickup on South Street. This isn’t a perfect movie, and it may occasionally err on the side of Dickensian sentiment, but I it has so much to say about the world we live in and says it with such grace, wit, and raw feeling that I recommend it without qualification. With Rick Aviles, Ving Rhames, Nina Siemaszko, and Joe Seneca. McClurg Court. 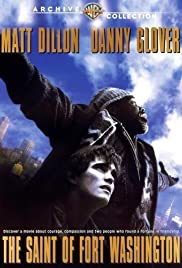