That Man From Rio 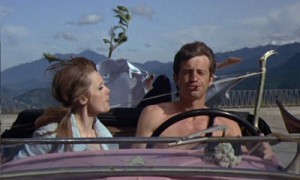 After his first two features in the early 60s (The Love Game, The Five-Day Lover), Philippe de Broca, a former assistant to Francois Truffaut and Claude Chabrol, was taken by some to be a member of the French New Wave — an impression that was quickly undermined by the glossy commercial fare that followed, including this enjoyable 1964 thriller romp with Jean-Paul Belmondo and Francoise Dorleac. If memory serves, this is swell light entertainment — there’s a nice score by Georges Delerue, and the original screenplay was nominated for an Oscar — designed to autodestruct as soon as you see it. (JR) 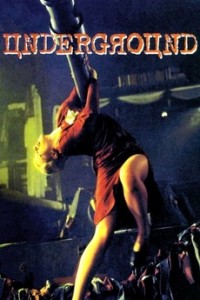 Though slightly trimmed by director-writer Emir Kusturica for American consumption, this riotous 167-minute satirical and farcical allegory about the former Yugoslavia from World War II to the postcommunist present is still marvelously excessive. The outrageous plot involves a couple of anti-Nazi arms dealers and gold traffickers who gain a reputation as communist heroes. One of them (Miki Manojlovic) installs a group of refugees in his grandfather’s cellar, and on the pretext that the war is still raging upstairs he gets them to manufacture arms and other black-market items until the 60s, meanwhile seducing the actress (Mirjana Jokovic) that his best friend (Lazar Ristovski) hoped to marry. Loosely based on a play by cowriter Dusan Kovacevic, this sarcastic, carnivalesque epic won the 1995 Palme d’Or at Cannes and has been at the center of a furious controversy ever since for what’s been called its pro-Serbian stance. (Kusturica himself is a Bosnian Muslim.) However one chooses to take its jaundiced view of history, it’s probably the best film to date by the talented Kusturica (Time of the Gypsies, Arizona Dream), a triumph of mise en scene mated to a comic vision that keeps topping its own hyperbole.… Read more » 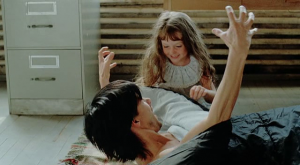 Directed and written by Denys Arcand 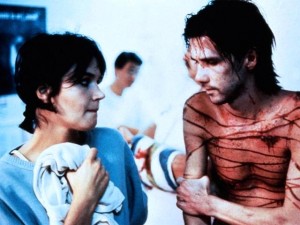 It must have been about 30 years ago that I saw Jules Dassin’s He Who Must Die, a popular art-house movie at the time and one of my first foreign films. Dassin, an American expatriate chased to Europe by the Hollywood blacklist, was a highly skilled film noir director whose best efforts included The Naked City, Thieves’ Highway, and Night and the City. He Who Must Die, set on Crete in 1921, was a French picture based on Nikos Kazantzakis’s novel The Greek Passion, concerning the performers in a passion play whose theatrical roles take over their real lives as they suffer from Turkish oppression; the theme was that if Christ came back today, he would be crucified all over again. 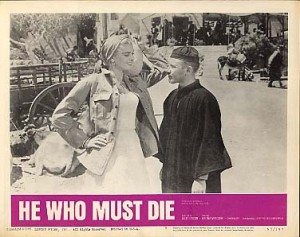 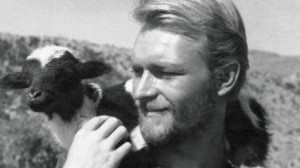 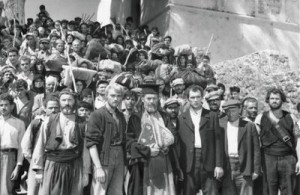 I was a teenager at the time, and being none too versed in what was considered sophisticated in film in 1959, I was moved to tears. This was at a time when the French New Wave had barely made a ripple in the American consciousness, and shortly before Dassin’s film was ridiculed by critics I admired, like Pauline Kael and Dwight Macdonald, as the acme of arty pretension.… Read more » 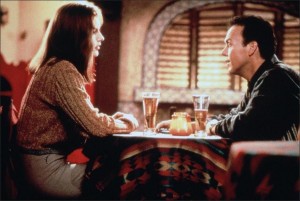 An exasperating demonstration of what’s wrong with contemporary Hollywood and what’s wrong with contemporary American election campaigns, pitched in the form of a cutesy romantic comedy that should set your teeth on edge. Loosely inspired by the well-publicized romance of Mary Matalin and James Carville during the 1992 presidential election, with Ron Underwood (City Slickers) directing a script by Robert King (Clean Slate), this throws together a Republican speechwriter (Michael Keaton) and a Democratic speechwriter (coproducer Geena Davis) during a senatorial campaign in New Mexico and watches their love blossom as they proceed to work competitively. The movie’s smart enough to offer a jaded portrait of the way such campaigns operate, but the hackneyed love story repeatedly relegates it to the back burner, and matters weren’t helped by test-market previews that led to a new and exceptionally stupid feel good ending. Ultimately, for all its fancy footwork, this movie winds up being even sicker than what it’s looking at. With Christopher Reeve, Bonnie Bedelia, Ernie Hudson, Charles Martin Smith, and Gailard Sartain (1994). (JR) 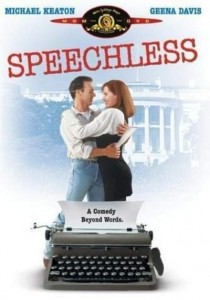 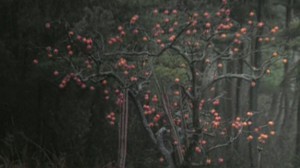 Like Yasujiro Ozu’s features with seasonal titles, Alexander Sokurov’s hallucinatory video elegies tend to be so similar, even in their running times, that they blur together in memory. Elegy of a Voyage (2001, 47 min.) — which might be more idiomatically titled Elegy for a Voyage — is a journey, a dream, a first-person narrative (visibly as well as audibly) that evokes the 19th century, and a hypnotic study in textures relating to fog, snow, and water that often entails a breakdown in the usual divisions between color and black and white (as well as fiction and documentary). It was commissioned by the Boijmans Van Beuningen Museum in Rotterdam, which asked Sokurov to look at a work of art in their collection “like a night watchman in a deserted museum.” By the time Sokurov creeps into the museum to reflect on Brueghel’s The Tower of Babel and seven other paintings, he seems to have trekked across substantial portions of his native Russia as well as the Helsinki harbor. I was less captivated by Laura Waddington’s minimalist video diary Cargo (2001, 29 min.), which uses many still and slow-motion shots and similarly fragmented narration to illustrate a trip she took from Venice to the Middle East on a freighter whose exploited crew was an international assortment of men without landing papers.… Read more »

From the Chicago Reader (July 1, 1994). Perhaps my biggest error in this review is my assumption that all the leading characters in Metropolitan are male. — J.R. 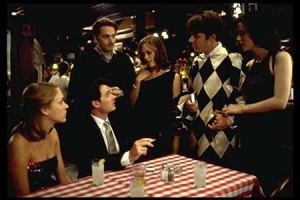 The second comedy feature (1994) of writer-director Whit Stillman (Metropolitan), who shares with Eric Rohmer a talent for literate and witty dialogue and a fascination with photogenic young women but has a somewhat less confident sense of milieu and story construction. As in Metropolitan, the leading characters and principal source of amusement are wealthy, self-absorbed, and virtually interchangeable American males (in this case a salesman and his cousin, a naval officer), though here they’re transplanted to the Barcelona jet-set nightclub scene, where they explain to their girlfriends and each other (as well as to the audience) how misinformed the Spanish are about the U.S. Considering how successfully they seem to colonialize all the young Spanish women in sight, regarded by heroes and movie alike as obliging pieces of furniture, one subtext seems to be that Europeans are basically first-draft Americans hungrily awaiting stateside revision. Still, this is fairly amusing stuff — brittle, fresh, and impudent –if you can stomach all the upscale arrogance. With Taylor Nichols, Chris Eigeman, Tushka Bergen, Mira Sorvino, Pep Munne, and Hellena Schmied.… Read more » 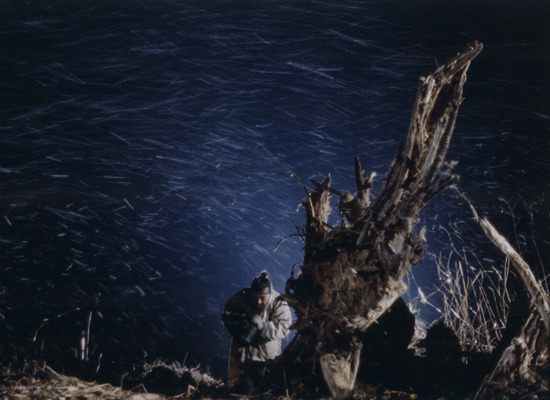 A beautiful and powerful spiritual epic from South Korea (1991), directed by Im Kwon-taek — Korea’s most famous and popular film director, whose filmography runs to 80-odd titles — from an ambitious script by Kim Yong-ok. Covering roughly four decades from the 1860s through the 1890s, the film charts the growth and eventual stamping out of Kae Byok (from which comes the film’s original Korean title), a radically humanist and egalitarian religious sect founded on the belief that God is everyone and everything; in particular it focuses on the sect’s charismatic leader, Hae-Wol (very effectively played by Lee Duk-hwa), who was born a poor farmer, and his three wives. Though closer in some ways to a historical pageant than a conventional narrative, with numerous printed titles inserted at the beginning of various episodes to explain their historical contexts, the film is anything but slow or ponderous (unlike Wyatt Earp, for instance). Composed mainly of short, economical scenes, flurries of action against breathtaking landscapes that stunningly reflect the seasons, this may make more intoxicating use of color than any Asian film I’ve seen since Mizoguchi’s New Tales of the Taira Clan, and the story itself has an epic grandeur worthy of Mizoguchi.… Read more »