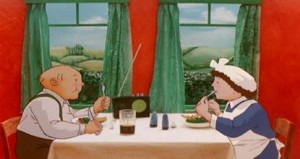 The point of director Jimmy Murakami and screenwriter Raymond Briggs’s rather original English animated feature is to get us to think the unthinkable — to imagine the aftereffects of a nuclear holocaust. But rather than force this bitter pill on us, they create a very funny and believable elderly English couple, Jim and Hilda Bloggs. These two are still mired in memories of World War II, but when nuclear war hits they are eager to do all the proper things and to follow the instructions in the government booklets correctly. Rather than stretch this fable out to a global scale, the filmmakers make all their essential points by sticking to this isolated couple in their country cottage, following them step-by-step through the experience. Aided by a realistic style of animation that incorporates some live action, by occasional stylistic changes that allow for more abstraction in some fantasy interludes, and by the expert speaking voices of John Mills and Peggy Ashcroft, the movie succeeds impressively. It’s rare that a cartoon carries the impact of a live-action feature without sacrificing the imaginative freedom of the pen and brush, but this one does — and does so well that we are even persuaded to accept the didactic framework.… Read more » 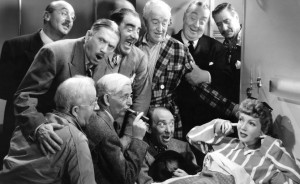 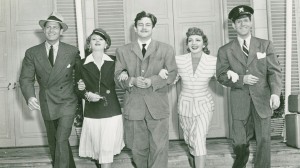 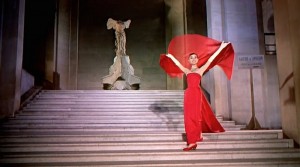 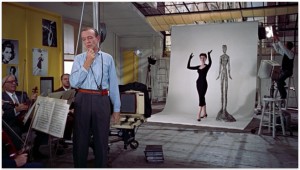 Writer Leonard Gershe, director Stanley Donen, and producer Roger Edens take on French existentialism in this colorful and sumptuous 1957 musical, set largely in Paris and starring Fred Astaire and Audrey Hepburn, with a dreamy Gershwin score. Although the anti-intellectualism gets thick in spots, the visuals are consistently stylish. Astaire is a fashion photographer (Richard Avedon supervised his photo sessions), Hepburn a Greenwich Village bookworm transformed into a model (clothes by Givenchy), and Kay Thompson plays their fashion editor. The film’s sophistication is compromised by the rather dumb plot, but some of the numbers — especially “Think Pink” and “Bonjour Paris” — are standouts. 103 min. (JR) 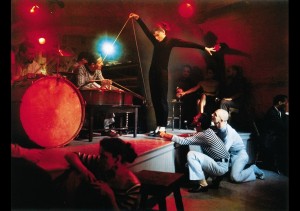