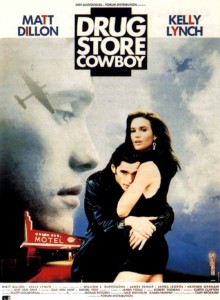 This amiable, no-nonsense account of a quartet of Portland, Oregon, junkies in 1971 fully lives up to the promise of Mala Noche, director Gus Van Sant’s previous feature. Adapted by Van Sant and Daniel Yost from an unpublished autobiographical novel by James Fogle, this 1989 feature has the kind of stylistic conviction that immediately wins one over; it conveys something of a junkie’s inner life with its editing rhythms, unorthodox use of sudden close-ups, hallucinatory passages, and Matt Dillon’s offscreen narration, and it documents the outer necessities of the lifestyle (including many drugstore robberies and changes of address). The characters are all quirky and life-size (the Dillon character’s superstitiousness is one of the principal motors of the plot, and the story’s outcome doesn’t prove him wrong), and like Bill Forsyth’s handling of the burglaries in Breaking In, Van Sant’s treatment of drugs is refreshingly free of either moralizing or romanticizing. It’s one indication of his ease and assurance that he successfully integrates the persona of William S. Burroughs into a fiction film: all the actors are used expertly, but it’s Burroughs, cropping up near the end, who articulates the film’s sociopolitical moral in a contemporary context. 100 min. (JR) 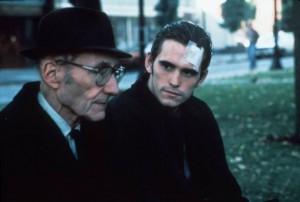